“Game Fan ” helps people for fun. It offers different kinds of funny and fun-fiction cartoon for you！ If you are interested in our cartoon and believe that you have a good voice，can you. Persuasive essaymr. becker's classroom. Zeon Zum Deikun (ジオン・ズム・ダイクン, Jion Zumu Daikun?) is a fictional philosopher and politician in the Universal Century timeline of the Gundam meta-series. 1 Background 2 Zeon's Call 3 Gallery 4 Notes Zeon Zum Deikun was a philosopher who developed Contolism: which was both about Ere-ism (that Earth is sacred, and mankind was always meant to leave it and live in space).

These fans also portray many different types of design, from traditional to contemporary, in all sorts of innovative shapes and styles to have a ceiling fan that will satisfy anyone’s design needs. Also, no matter how traditional or contemporary the fan looks, every one of the Fanimation ceiling fans is made with high quality components, from. View Zekun Fan’s profile on LinkedIn, the world's largest professional community. Zekun has 2 jobs listed on their profile. See the complete profile on LinkedIn and discover Zekun’s. Zeon Zum Deikun(ジオン・ズム・ダイクン, Jion Zumu Daikun) is a fictional philosopher and politician in the Universal Century time-line of the Gundam meta-series who was hand chosen by Heirshy in order to be, the main founder and leader of Zeon, rather than himself. Zeon Zum Deikun was a philosopher who developed Contolism: which was both about Ere-ism (that Earth is.

The game is released! You can download the full version on itch.io: https://pinlin.itch.io/darknights
Development blog: http://darknights-time.weebly.com/
Tumblr: http://darknightsblog.tumblr.com/
Twitter: https://twitter.com/darknights_off
Discord chat server:https://discord.gg/b7wwHhx
♦ Game info ♦
Commercial or free? It will be free
Release date? 31 October 2019
Screensize: 1280 x 720
Genre: Mystery, fantasy, romance, horror, psychological
Rate: 16+ for violence, blood and suggestive themes
There are 3 different type endings per route.
Romantic End Normal End Death End
♦ Features ♦
♦ 4 routes, each with a unique storyline
♦ 16 possible endings, 4 per storyline
♦ At least 10 hours playtime - 60,000 - 70,000 words per storyline. Total 270,608 words
♦ 8+ side characters, vary per route.
♦ 60 CG art/20+ cut scenes
♦ 60 Original background art
♦ 40 Original soundtracks
♦ 29 Achievements
♦ Opening video
♦ Bonus material
♦ Story ♦
The protagonist is student who has no goals in life. She lives in a calm village and grows bored of the environment. Despite her potentials, she doesn’t work to develop them. Suddenly disappearances occur in the village. At the same time the protagonist meets new faces. It is suspected that a new resident is possibly involved in the events. The protagonist chooses one to investigate. From there the plot separates in four different story lines. Along the story she realizes what is important to her and discovers new things about her environment.
The story is told through moving sprites, original background art, unique illustrations and original soundtracks. Despite the title, Dark Night’s world is vibrant with visuals. The story appears to be slice of life, but it quickly gets down to its true color.
♦ Main characters ♦
Miyoko (can be changed):
The heroine (you) in this story. A strong, badass and intelligent daredevil.
Junoru:
Just like his appearance, he is a real gentle man. He always speaks in a polite manner and is kind to the heroine.
On the other hand his expression always carries a little bit of sadness. He is often absent-minded, which makes
the heroine wonder what he is thinking about.
Kurato:
A strange guy who suddenly appear in front of the heroine's house. After a few incidents and misunderstandings, he is labeled
as a stalker. Despite his cheerful personality, the heroine suspect his true intentions are different.
Sachiro:
He is a little shy around new people, but keeps his friendly attitude. He is often seen alone during night. Somehow he
disappears exactly when the murders occur. He may not look harmful, but what is hidden behind this innocent face?
Zeikun:
Blunt and straight forward character. He prefers to be alone and often chases others away. Despite his cold attitude,
he saves the heroine on the verge of death. Since he avoids questions, the heroine thinks he is hiding something.
♦ Side characters ♦
Lioji:
Miyoko's childhood friend. His father works as investigator and he is up to date with latest news.
Ikuya:
Another childhood friend. Almost the opposite of Lioji and often worries about the heroine. Ikuya knows how to lighten the mood.
Rasumi:
Mysterious student from other class.
Roya:
Older brother of Junoru. He is arrogant and doesn't trust people easily.
Kaichi:
Elite class student. He is sensetive about comments on his looks. Normally he is composed, and spends most of his time in the library.
Chain:
Mysterious man that acts suspiciously around you.
Blace:
Transfer student and twinbrother of Jace. His cold attitude makes him disliked by most of his classmates.
Jace:
Transfer student and twinbrother of Blace. Acts friendly on the surface, but is cautious.
♦ Questions for you ♦
1. Which character is your favorite/looks the most interesting and why?
2. What are your overall thoughts of this concept?
♦ Solo project ♦
Story, sprite art, bg art, cg art, GUI and programming are done by myself. Currently, I'm working with a few composers
to create original soundtracks and sound effects. This game will NOT have voice acting. It may change my mind depending on
how much support this project gets.
Feel free to ask questions and please tell me your opinions!
♦ Update Log ♦
12 July 2019: Update game info.
21 March 2018: Edited progress. The demo is playable and we are working on the opening video. Last ingredient for the release!
8 October 2017: Update previews and edited progress.
14 June 2017: Update previews and changed resolution to HD.
29 April 2016: I haven't updated this post for nearly a year.
From now on I will drop any new content in this post as well as the site. As a beginner, I totally underestimated
the workload of making a VN. I apologize for keeping you wait while making updates that it will be finished soon.
On the other hand, I'm grateful to all old and new supports for the feedback and support. Your words drive me
on to continue and I will keep my promises.
5 August 2015: Thank you so much for the support everyone!
It's been a long road but we are close to finish this project. I have replaced the screenshots because I changed
my art style during the months. Also updated the progress and game info. Please follow my blog for more recent updates.
1- 7 September 2014: I apologize for lack of updates for a while. The project is still ongoing, I made an official site.
Please follow me here! http://darknights-time.weebly.com/
- Added some background and GUI preview
- Updated progress 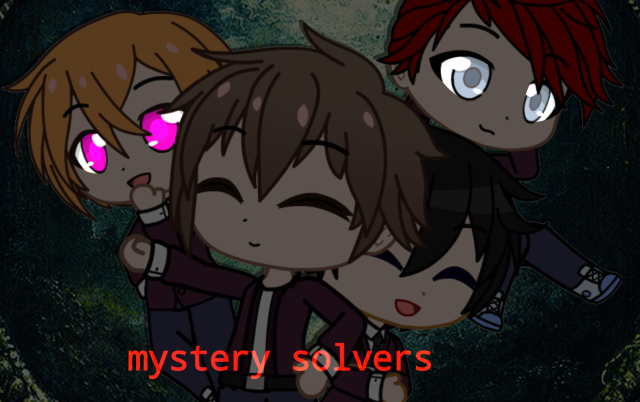 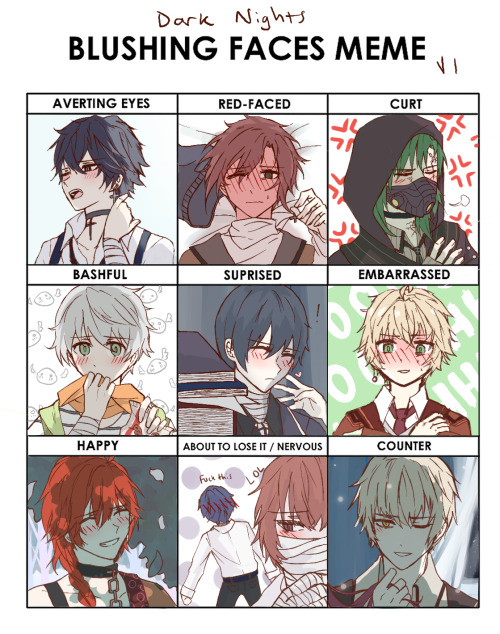 I don't speak English very well, so I apologize in advance for any mistakes
I was very pleased with the game I sat and did not believe that the game was over, I wanted to continue and plunge deeper into this pleasant atmosphere and continue to recognize other characters
I really liked some of the phrases, for example, “don't jump to conclusions,” which the heroine often repeated. They showed me that the characters are not stupid and think before doing something
I also really liked all these stories with ghosts, zombies, bloody prints, etc., in some places it was creepy, and I love that It would be even better if you could insert mini videos that would scare you even more. For example, when a school ghost appeared at the heroine's house, it would be possible to insert a video where we peer into the darkness of the corridor and watch him crawl towards us, it would be even more creepy
And it would also be interesting if the characters in romantic endings didn't always stay in the human world. Rasumi in one of the routes gave a medicine that prevented turning into a zombie, so she could have fulfilled the heroine's desire to become a spirit (or someone else) and go with the chosen guy to his world, but in return she would also require something serious and here it would be possible to unwind the plot). Well, this is purely my personal opinion)
I liked the Junoru and Zeikun routes. But I also cannot ignore the minor characters who have sunk into my soul - Kaichi, Royа, Blace, Jace, Chain. Perhaps I even liked them more than the main characters 😄
I would very much like to know if there will be a second part, in which it will already be possible to romance them? I would be incredibly happy. I think their stories will be no less interesting and will delight all fans)