Trawsfynydd is a village and parish in Merionethshire, adjacent to the A470 road north of Bronaber and Dolgellau near Blaenau Ffestiniog. Its name is from the Welsh language for 'across [the] mountain'.

The total parish area is 31,700 acres with a population of just under 1,000 – the area is sparsely populated with each acre inhabited by an average 0.03 persons. There is one grocery shop, one public house, a newsagent, a chemist, garage, petrol service station, and a branch of a large agricultural merchants.

The Trawsfynydd Branch Line is the ex-GWR line in North Wales. The line runs from the Conwy Valley station at Blaenau Ffestiniog, passing through Manod, Llan Ffestiniog, Maentwrog Road, and finally terminating at the nuclear sidings at Trawsfynydd. The route is based in the mid-1990s, before the line was officially mothballed.

During the Second World War, the War Office used a site near Trawsfynydd for training exercises. 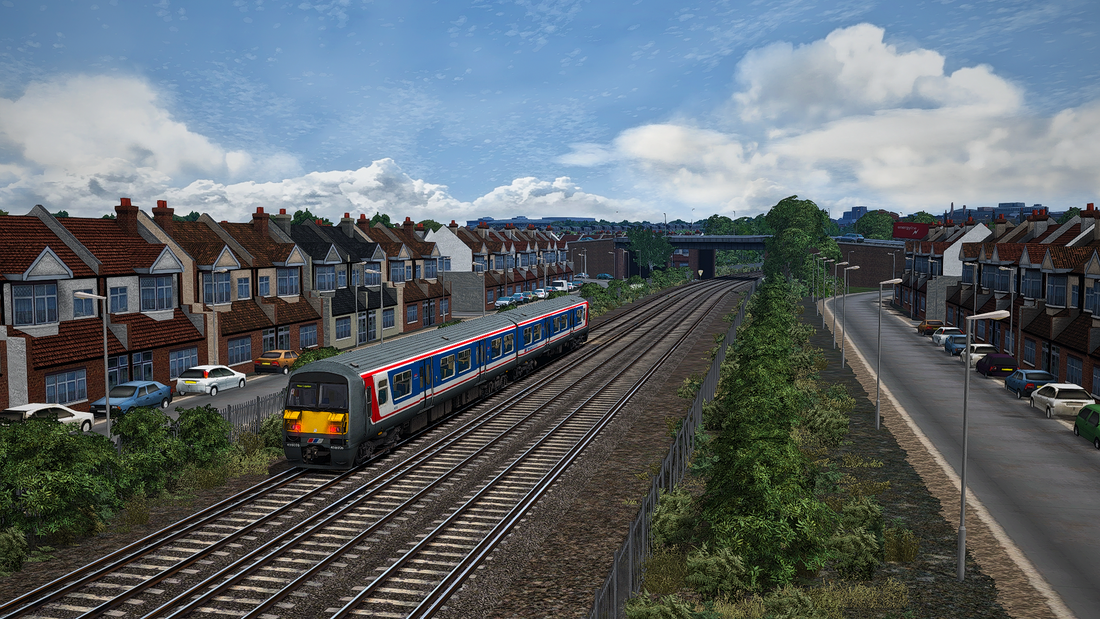 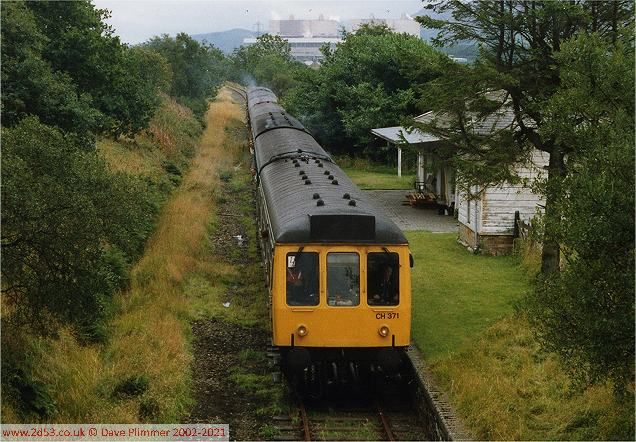 Trawsfynydd used to be served by a section of the Great Western Railway branch line, which ran from Bala to Blaenau Ffestiniog. To the north of the station, the army built its own station to serve the large camp nearby.(camp detail) Today Trawsfynydd railway station is a private home. (pictures). The line closed to all traffic in 1961, and the trackbed at the Bala end was subsequently severed by the Llyn Celyn reservoir, but the section between Blaenau and Trawsfynydd Power Station reopened in 1964 for nuclear flask traffic. Access from the Bala end being no longer possible, a new section of track – the so-called 'Trawsfynydd Link' – was constructed to link the previously separate ex-GWR and ex-LNWR stations in Blaenau Ffestiniog. It finally closed in 1998, although the track remains in situ.

The village is close to Llyn Trawsfynydd, a large man-made reservoir, which was originally built between 1924 and 1928 to supply water for Maentwrog hydro-electric power station.

The original flooding of the area in the 1920s to create the lake involved the drowning of some two dozen properties, some of historical significance, but there was little objection at the time. The new power station was regarded as a good thing, and indeed on its completion was capable of supplying the whole of North Wales' electricity needs.
Llyn Trawsfynydd footbridge
However, there was certain objection to the loss of rights of way across the former land, necessitating long detours round the new lake. In response to this, a small road was built along its western shore, and a footbridge (still standing) across the narrowest part of the lake.

The lake was subsequently also supplied cooling water to the twin reactor Trawsfynydd nuclear power station used for the commercial generation of electricity for the UK National Grid.

Four dams were built to create the lake, one of these being subsequently rebuilt after construction of the nuclear power plant. Whereas previously the Maentwrog power station had access to all of the water in the lake, the needs of the nuclear plant dictated that from then on, the hydro plant should only use the top five feet of water.

Trawsfynydd was the home of the Welsh bard Hedd Wyn, who died on the battlefields of Flanders during World War I, just before he was to receive the winning prize at the National Eisteddfod. Y Gadair Ddu (The Black Chair) can now be found at his home farm Yr Ysgwrn. He is buried in Flanders.

The church is dedicated to St Madryn, was burned down in 1978 and re-opened in 1981 (it remains the only listed building in the village).

The parish of Trawsfynydd was home to Saint John Roberts, one of the Forty Martyrs of England and Wales, canonised in 1970: he was baptised in the church. Descended from Welsh saints and princes, he gained great respect helping the plague sufferers in London, but was found guilty of high treason and hanged, drawn and quartered on 10 December 1610.

The film First Knight had scenes filmed around Lake Trawsfynydd.[1]

The film Hedd Wyn was filmed in and around Trawsfynydd.

This wonderful photo,supplied by Gwilym James, shows what I believe is a troop train from Trawsfynyddin the loop at Cwm Prysor. The train is headed by GWR Dean Goods 0-6-02418. Note the impressive snow fences behind the train. Some specialtraffic notices for troop trains can be read here.

The line South from Trawsfynydd to Bala was closed in 1961. Part of the trackbed, North of Frongoch station, was flooded by the LlynCelyn reservoir while a section at the head of Cwm Prysor was incorporatedinto the A4212 road. Of the remainder, most of the trackbed is easilytraceable although all trace has gone of Bala and Bala Junction stations.