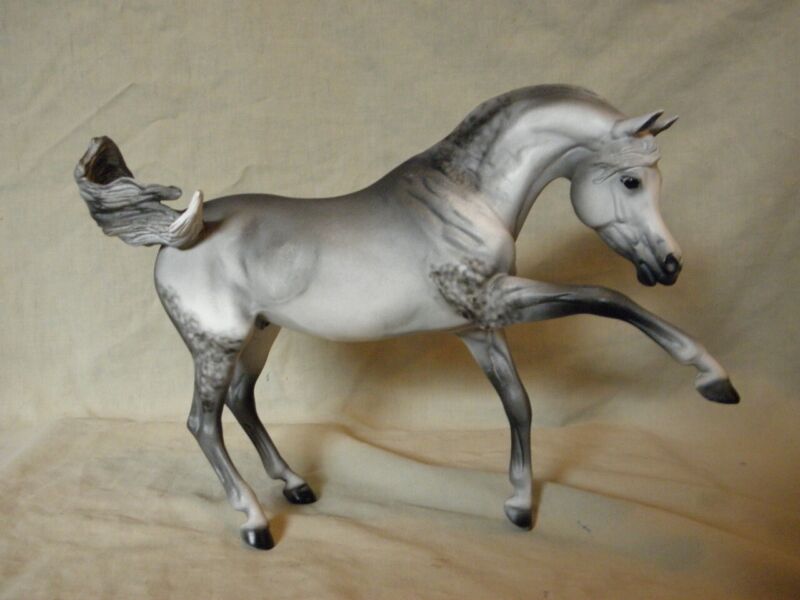 Spanish breeding made an impact at US Nationals in 2017.

KMA Angelo++// was named Champion in English Trail AAOTR and
Top Ten in English Trail Open, Western Trail AAOTR, and Western Trail Open.
Classical Spanish and Spanish-Related horses also did very well at
US Sport Horse Nationals in 2016.
Read the article published in Arabian Horse Life, Issue 1, 2017, here.
2017 SAHS Horse of the Year Awards
Nominations are currently being accepted! Nominated horses must be owned by an SAHS member and can be either Classical Spanish or Spanish-Related (see definitions below). Nomination deadline is March 15, 2018. Send nominations to [email protected]

See past Champion and Reserve Champion Horse of the Year winners here.

The mission of SAHS is to preserve, improve, and maintain the purity of Spanish blooded horses of the Arabian breed. SAHS strives for the advancement of education for the benefit of the public, to promote and facilitate the acquisition and distribution of the knowledge, in all countries, of the history, care and propagation of the Spanish Arabian horse.

History and Progress of SAHS

Many of the founding directors were members of a group of Spanish Arabian bloodline enthusiasts and breeders who first joined forces in the 1980’s. Due to changes in the Arabian market, and the passing of some of the leaders from that era, the group was “in hibernation” for several years.
In 2004, the Spanish Arabian Horse Society (SAHS) grew from some of those previous members. SAHS received WAHO (World Arabian Horse Organization) affiliation on 22 October 2004 and AHA (Arabian Horse Association) affiliation on 16 November 2004.
We are members of AECCA (Association Espanola De Criadores De Caballos Arabes) in Spain, and in August 2006 we merged with SAHBI (Spanish Arabian Horse Breeders International), giving us a true global focus for the promotion of the Spanish Arabian.
Also in August 2006, AHA recognized the Spanish Arabian as one of the bloodlines on their Education Pages. On 18 November 2006 SAHS received the AHA Club Excellence Award for Communication, and was named the AHA Club of the Year!

All Arabian enthusiasts with an interest in Spanish bloodlines are welcome to join us. This dynamic Club has made major strides in uniting Spanish Arabian breeders worldwide. Go to the Membership Info page for an application form. Paypal now accepted!

Between Vengeance and Forgiveness: Facing History After Genocide and Mass Violence The rise of collective violence and genocide is the twentieth century's most terrible legacy. Writing with informed, searching prose of the extraordinary drama of the truth commissions in Argentina, East Germany, and most notably South Africa; war-crime prosecutions in Nuremberg and Bosnia; and reparations in. Post genocidemac's history. Bangladesh Genocide (1971), 300,000 to 3 million. After the British left India in 1947, the county was divided on the basis of religion into Pakistan and India. Pakistan included both Western Pakistan, bordering Jammu and Kashmir to the north of India and Eastern Pakistan which is now the independent country of Bangladesh. Rendel of the British Foreign Office, among other diplomats, noted the massacres and deportations of Greeks during the post-Armistice period. Estimates of the number of Anatolian Greeks killed range from 348,000 to 900,000. The term genocide is contentious and as a result its academic definition varies. This list only considers mass killings which are recognized as genocides by the legal definition in significant scholarship and criteria by the UN Genocide Convention.

Classical Spanish: A purebred Arabian horse that traces its lineage100 % to importations registered in the Arabian Spanish Stud Book (SSB) prior to 1950.

Sls Spanish Arabian Headdress With Bitsugars Legacy Stables Near Me

Please feel free to contact any of the Officers or Directors. Your ideas and suggestions are welcome; your help is needed to make SAHS the best bloodline-focused group.