Million Dungeon review - 'Too cute to care about what's happening'

How to play the Yakuza games on your mobile phone

Roblox GFX: Everything you need to know and how to make your own

SIERRA 7 is a Tactical On-Rail First Person Shooter.The super-stylish minimal aesthetic allows you to focus on varied and randomized fire-fights, which perfectly blend realism and arcade gameplay together in a fast, exciting and intense experience.
Coming Soon to Mobiles.

Get immersed in a deep Neo-Noir story driven sniper adventure game.You step into the role of a mysterious assassin. His motives - a secret. You did what had to be done to enter the 'Assembly', a criminal organization.
Out now on Android & iOS
2016

The hit Webgame comes to Mobiles in this Puzzle Sniping game that will test your brain as well as your aim.
Out now on Android & iOS
2013

Customize your Weapons and take on swarms of enemies. Protect the downed BlackHawk Helicopter for as long as you can!
2009 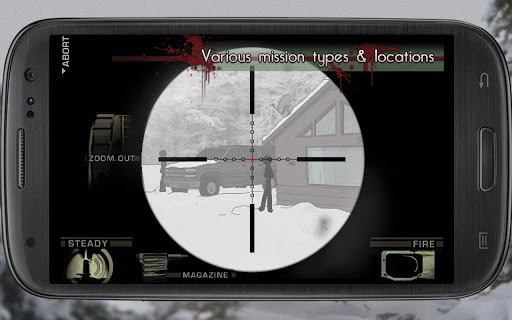 A Substratum version of the Tactical Assassin series.
2008

The 3rd title in the Tactical Assassin series.
2009

The 2nd title in the Tactical Assassin series.
2008

The very first StickMan Sniper Game. Test your wits as you decide who you should kill first to avoid the alarm!
2005

To all who have played, enjoyed, supported. I am blessed to have you all part of my journey!