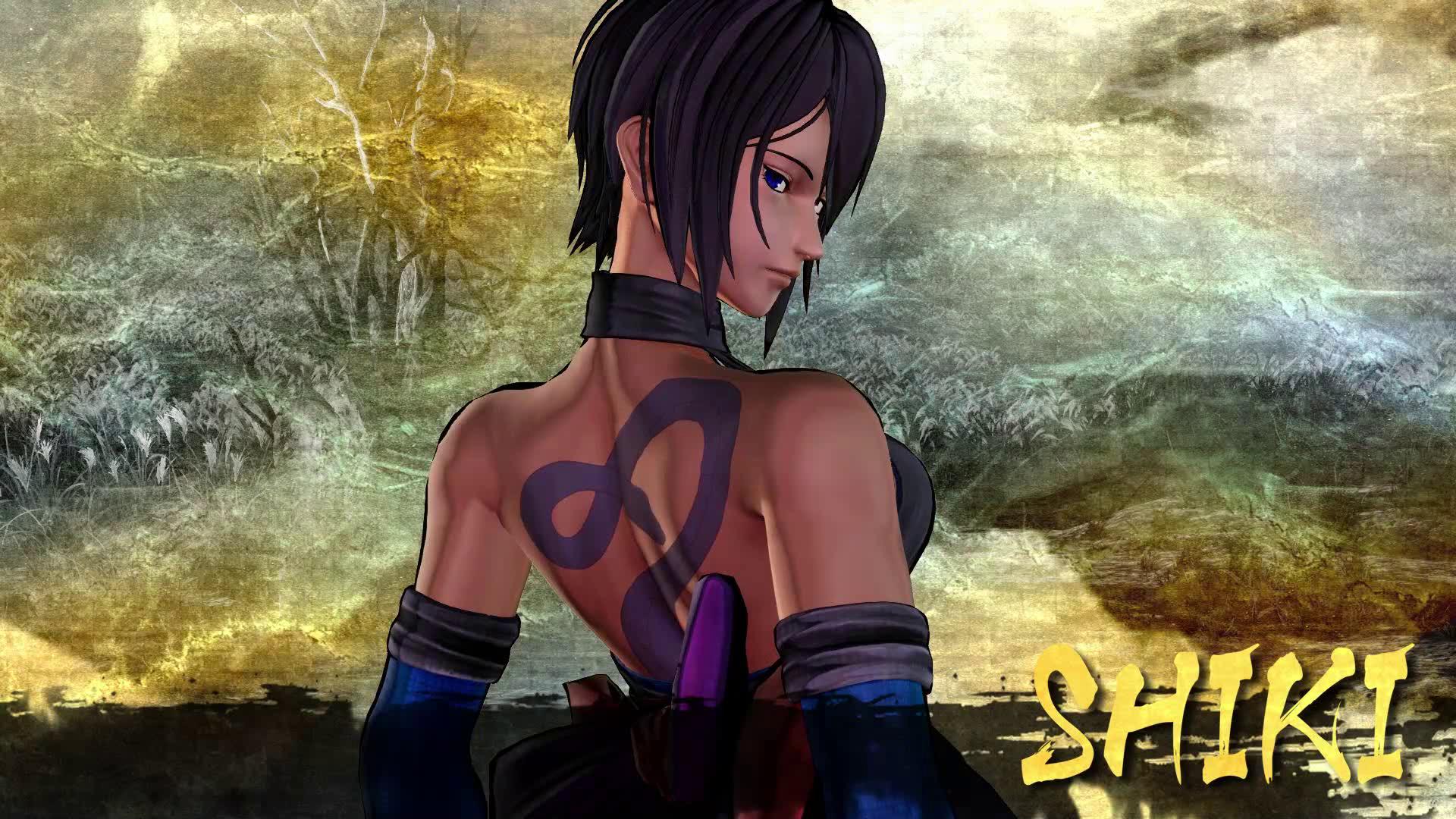 Sections of this website contain some content that has an age restriction,recommended for those 17 years of age or older.
Are you 17 years or older?

SAMURAI SHODOWN has enjoyed worldwide success as a blade-wielding fighting game series since its first release in 1993. 11 years have passed since the last series installment, and it is now time for SAMURAI SHODOWN to return in a brand-new game featuring high-end visuals and gameplay! Faithfully reproducing the game mechanics and atmosphere that contributed to the success of the series, SAMURAI SHODOWN includes a revolutionary feature that learns from players game actions and patterns in order to create CPU-controlled “ghost” characters. With a story set one year before the very first installment, a diverse cast of returning and new characters cross paths in order to fulfill their destinies!

Samurai Shodown, known in Japan as Samurai Spirits[1], is a fighting game series by SNK.

The stories in the series take place in 18th-century Japan, during the Sakoku or seclusion period of Japan (the first four games run across 1788 and 1789) with great artistic license so that foreign-born characters (including some from places that did not exist as such in 1788) and fictional monsters can also be part of the story. The plot of each game is quite different, but they circle a central group of characters and a region in Japan.

Samurai Shodown consequently portrays snippets of the Japanese culture and language internationally with little edits. For instance, unlike most fighting games made in Japan, the characters in the series (including the announcer) generally speak only in Japanese, with dialects ranging from archaic formalities and theatricalism to modern-day slang, something that has been preserved for overseas releases. Win quotes and other cut scenes provide subtitles in several languages, including but not limited to English, Portuguese, and German. Much of the music includes traditional Japanese instruments (predominately the shakuhachi, shamisen, koto and taiko) and later enka. Several characters are loosely based on real figures from Japanese history.

The Samurai Shodown games are most famous for their 'Rage' (怒) gauge, a meter that only increases as a player receives damage, and which when fully activated has numerous effects depending on game. Earlier games also have a referee in the background, officiating the match.

Over the course of years since the first game, the Samurai Shodown games (excluding spin-offs) have come to feature over 80 playable characters. The most famous among them include Haohmaru and Nakoruru, who are both considered the series' flagship characters.[2] Characters directly inspired from historical figures and keeping their names, like Hattori Hanzō and Yagyū Jūbei, are present as well.

A television special (later dubbed a motion picture for international release) Samurai Shodown: The Motion Picture (SAMURAI SPIRITS 〜破天降魔の章〜, Samurai Spirits: Haten Gōma no Shō) loosely based on the first game aired in Japan in 1994. An English adaptation was produced by ADV Films, on VHS in 1995 and on DVD in 2005. The plot means to reenact the events of Samurai Shodown (1993 video game), but the characters’ roles highly deviated from their original source. One of such bizarre changes made was switching Amakusa's gender from male to female. Another questionable change was the inclusion of the “Seven Holy Warriors”, skilled warriors who were resurrected to specifically fight Ambrosia, which is an idea never mentioned in any other continuity.

Several manga adaptations of Samurai Spirits Download game zenonia 6 mod apk. were produced in Japan. One of them, titled Makai Bukei Jō Samurai Spirits (魔界武芸帖 サムライスピリッツ, Samurai Spirits: Scrolls of the Demonic Arts), written by Kyoichi Nanatsuki and illustrated by Yuki Miyoshi, was serialized in the Weekly Shonen Sunday in 1994. It was later adapted into English under the simplified titled Samurai Shodown by Viz Media in 1996, where it was serialized in the short-lived Game On! USA magazine and concluded in Animerica. The story is meant to be a prequel to Samurai Shodown II, establishing an original character, Yui Minbunosuke Shosetsu, as the main antagonist. Game characters Haohmaru, Nakoruru, Hanzo, Charlotte, and Genan remain the focal characters to the plot. They often interacted with several original characters in the story; the most prominent perhaps is the Koga kunoichi, Nagiri, who believed Haohmaru had killed her father during his travels and sought to avenge him.

The first OVA, the two-part Spirits 2: Asura Zanmaeden, serves as a preface to the events of Samurai Shodown 64: Warriors Rage. Character designs were done by Aoi Nanase, a longtime fan of SNK. Unlike most game-based anime, the voices were supplied by the same actors as in the game. It is relatively obscure, never having been released in the U.S., and the prospect of licensing is dim at best, as it offers no introduction to any of the characters, assuming (not unreasonably) that anyone watching it is likely to be familiar with the series and its cast already. The story mainly revolves on Nakoruru and her humanistic ideals: she believes that anyone with a heart has the right to live peacefully. Shiki, though apparently free from Yuga's influence, is recognized as a threat for the sorcerer's return and it was through Nakoruru's reasonings that previously saved her life from Haohmaru. Nakoruru finds her and then struggles to peacefully defend her from her pursuers, which include Haohmaru, Galford, and Asura. Though torn because of her morals and pacifistic nature, Nakoruru eventually agrees to draw her blade and fight for those who need protecting. Despite being wounded in his final skirmish with Nakoruru, Asura stabs Shiki and they both sink into a portal to the underworld. Making peace with her blood-thirsty alter ego, the Ainu priestess leaves Kamui Kotan, hoping to find news of Shiki's safety.

The second 30-minute OVA centers, Nakoruru ~Ano hito kara no okurimono~ (OVA), around the Nakoruru ADV game, again using Nakoruru as the main heroine. Character designs were done by Yasuomi Umetsu, who is best known for his work in Mezzo Forte and Kite. The events of the story are meant to take place during the time of peace between the first and second games of the series. The story introduces her childhood friends, Yamtamu and Manari, along with her younger sister, Rimururu, and the relentless enigma, Rera. Nakoruru, though glad that there is serenity, experiences several premonitions of devastation and is haunted by the thought of further bloodshed. The climax of the episode has Nakoruru protecting a deer from a rock slide, implied to be caused by evil entities. For undisclosed reasons, the OVA never released another episode and the story remains unfinished.

In 2006, Sabertooth Games released a Samurai Shodown Vcollectible card game set along with The King of Fighters 2006 for its Universal Fighting System (UFS) collectibe card game. Featured character starter decks were also released for Haohmaru and Ukyo Tachibana. STG staff favorites from the Samurai Shodown side tend to favor towards characters Nakoruru and Hanzo Hattori.