Living As A Muslimdownload Quran Software

Among Quran LMS unique features is being the only Quran software world-wide that would mark the location of student’s mistake on the Quran page, & would allow the students to listen to teacher’s audio correction & read teacher’s textual comments.

In the home of a rural farmer in Chakwal, a village in the outskirts of Punjab Pakistan, the sound of a cannon blast signals the time for the breaking of the fast in Ramadan. This is how it has been for several decades.

However, for Tariq who resides in Lahore, an iPhone notification does the job due to a smartphone application called ‘Ramadan Times’ which reminds the user of fasting times depending on the location.

All this is happening due to the availability of technology at our fingertips. People have become more empowered with technology and are surprised at the power that it holds.

On the other hand, Islamic hardliners have a whole new point of view concerning the dissemination of religion via digital devices. Many of them have issued fatwas against the use of digital technology which they claim is in some instances against Islamic principles.

Nevertheless, Muslims have openly embraced technology, including the use of smartphones and the internet- just as the rest of the world has- and in fact, in certain instances, even more.

On a more specific note, Muslims use their technological gadgets in the general way as everyone else does. They text, chat, download apps, play games, use social media as well as make online purchases. However, the Islamification of technology has a deeper impact.

According to Bart Barendregt of Leiden University, who has keenly studied South-East Asia’s ever expanding digital usage, “Muslim youngsters are adopting technology to distance themselves from older, traditional practices while also challenging Western models.”

Generally speaking, several apps cater to different pillars of Islam. For example, you will find apps that will guide you how to pray like 3D Salah, the Quran Majeed app which includes both text and audio versions and has been translated to several other languages so as to make the holy book accessible to those whose first language is not Arabic.

Moreover, you will also come across several websites specifically tailored to Muslims. In essence, there are numerous Muslim websites that completely clone popular social media channels such as Facebook, especially in the Middle East.

Although some Islamic scholars have expressed displeasure and have issued numerous fatwas against the use of internet, many others have embraced it openly. It is common to find Islamic preachers online who use the internet to disseminate the message of Islam.

Prayerdialectical behavioral training classes. Muslim women on the other hand have found more freedom with the advent of technology. Home based jobs give them the freedom to remain covered by observing the hijab as well as looking after their families.

Additionally, the stereotype mindset associated with women is changing. Technology has empowered Muslim women in a way that they don’t have to be confined to their kitchens all day. For instance, we can find many women coders who successfully run businesses of their own thanks to the power of the internet.

Furthermore, several online learning resources have also empowered Muslim women who are now able to learn anything that they want including religious teachings.

You will find several other ways tech has enabled the world become a better place. For instance, take PeaceTech Lab for instance, an NGO with headquarters based in the US that works with technology, data and media to minimize conflict worldwide especially in conflict stricken Muslim countries like Syria.

One such incident for instance, a Syrian man built a system called Aymta (which was part of PeaceTech) which was meant to alert residents of a particular area when a missile was being hurled at their direction so as to give them enough time to disperse.

Residents had to register for mobile alerts in order to be notified of any impending missile strikes, and needless to say, Aymta helped saved several lives.

Several other initiatives including PeaceTech apps have been downloaded by thousands of people “to feel safe and protected.”

In this way, we are witnessing the powerful impact that technology has had on our lives and how quickly everyone is embracing it, with Muslims not being an exception.

Many business incubators are being created with the aim of nurturing startups that will in one way or another benefit the Muslim population. For example, Affinis Labs is a prime example of a business incubator that funds tech ideas that later turn into fully fledged companies.

Their founders Amanullah and Quintan were instrumental in performing high-level tasks for the white house which included ways to curb Islamic extremism and other related issues.

The incubator focuses specifically on funding those startups which have a long term and positive impact on the Muslim population including those that help in building products and services that empower Muslim communities and help fight extremism.

Another example is Buildup which is also a business incubator that is focused on encouraging both organizations and individuals to use technology for peacebuilding and other solutions.

Moreover, economies in Muslim countries are rising rapidly due to the entry of digital services especially in form of apps.

This brings us to a conclusion that the power of technology and more specifically mobile technology has been openly embraced by the Muslim population who use it as a means to solve everyday problems and to combat elements of extremism in the religion.

Therefore, the advancement of technology has been a boon for Islam as we are witnessing more and more Muslims embracing technology every day. This is because it helps one both religion wise as discussed above, by giving one the opportunity to gain Islamic knowledge virtually by attending live classes online and listening to lectures of reputed scholars all without leaving the comfort of their homes.

Children are also able to learn religion in a non-traditional manner by playing Islamic games and other interactive software that motivate them to learn better. 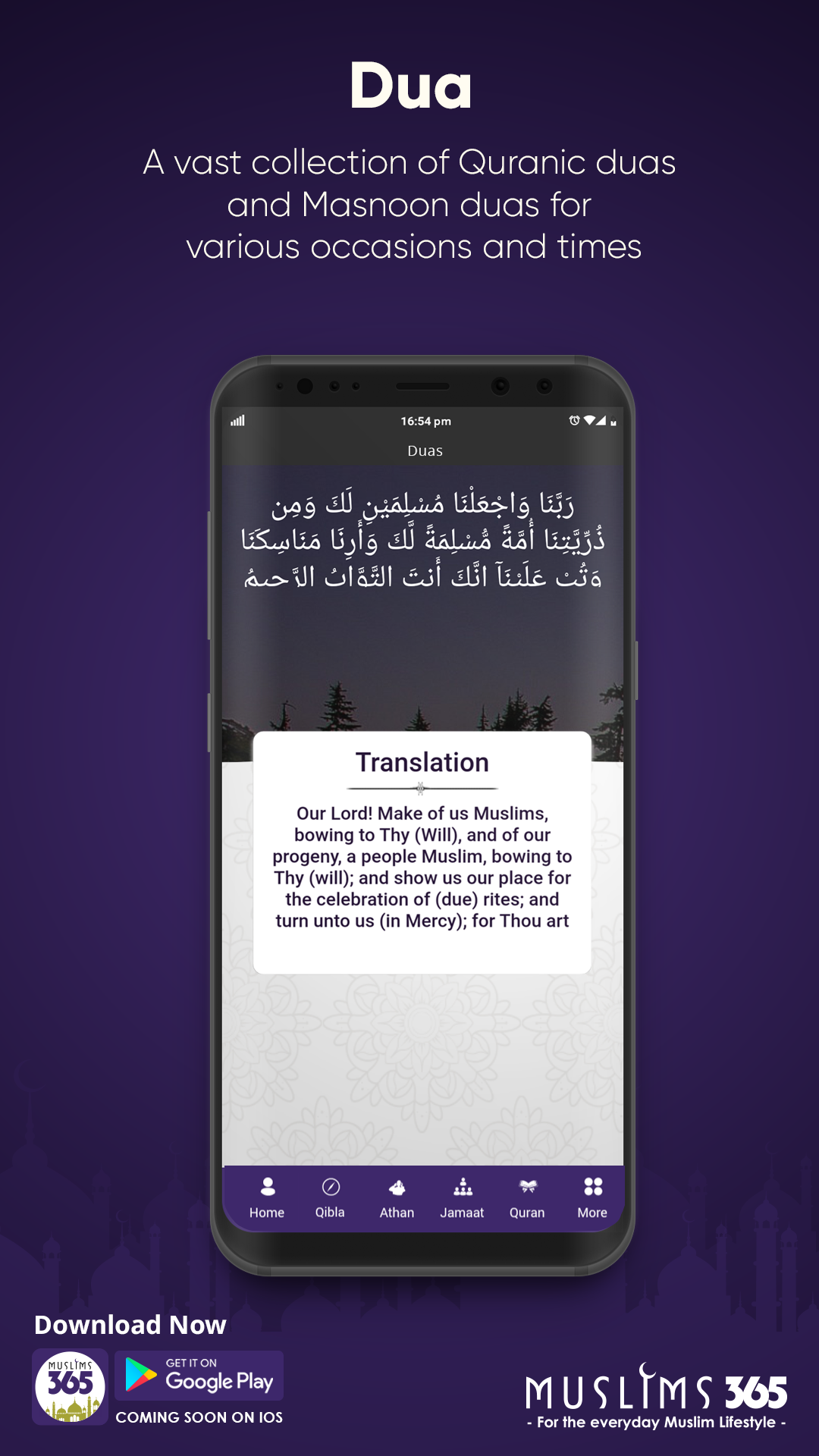 Lisa Zahran is a writer and CCO at Quran Academy, She's authored a transformative ebook that can help make Quran memorization easier and more meaningful in your daily life. Experience this ebook plus a 14-day trial of Quran Companion for free today.

Here is the list of good and best Islamic Apps for Windows XP, Windows Vista, Windows 7 and Windows 8. Includes Quran, Hadith, Prayer Times and other Islamic softwares for Microsoft Windows.

Simple and excellent Quran software for Windows to easily recite and understand the Holy Quran. This software has clear, easy to read and large Arabic text. It also includes a transliteration in English to help you read and English translation by Saheeh International, Dr. Muhammad Taqi-ud-Din Al-Hilali and Dr. Muhammad Muhsin Khan.
Download: Link

Another excellent software for Windows with a collection of over 18,000 hadiths from Sahih Bukhari, Sahih Muslim, Malik’s Muwatta and Abu Dawud. This hadith software features include full text search, bookmarks and easy to use navigation. You can easily search for a topic and cross-reference between all collections!
Download: Link

Hear the Athan (Azan) automatically five times a day at each prayer time in your Windows computer.
Download: Link

Quran Auto Reciter is used to read and listen the Quran from a vast choice of famous reciters. Also includes prayer times which can be configured to launch automatically at specific times for recitals or for giving Athan at times manually configurable by yourself.
Download: Link

Want to memorize Holy Quran? Try Juz30! It is an excellent Quran Memorization software for Windows that focuses on easy memorization in a step by step method. You can control the pace of memorization and track your progress.
Download: Link

An easy to navigation eBook for Windows PC containing the most brilliant biographies of the Companion of the Prophet Muhammad (PBUH), Khalid bin Waleed (R.A.), popularly known as the Sword of Allah.
Download: Link 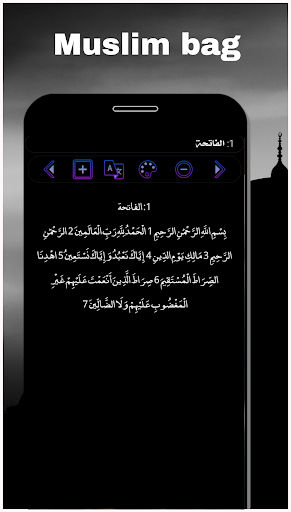 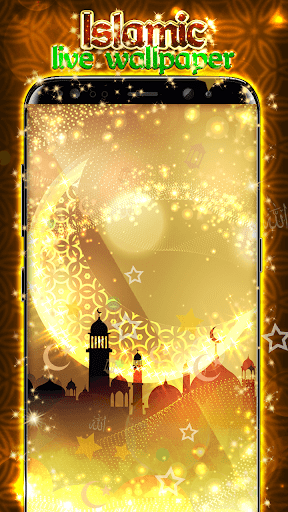