17
ERBIL, Kurdistan Region – The prospect of an independent Kurdish state has kept Kurds occupied, since Kurdistan Region President Massoud Barzani called it time for the Kurds to decide their own future. Petitions have appeared on the Internet demanding approval for this independent Kurdish State. Kurds began a “We’re all Peshmerga” campaign online, in support of the Kurdish fighters securing the new borders of Kurdistan. Although support for independence spreads nearly region-wide, many Kurds admit they have never really thought beyond making the ideal come true. “My only real dream in life will be realized,” Rawand Barzinji, a Kurd living in Holland, simply says. “I will return for good and continue my life in Kurdistan. The nature and the land there are the example of paradise.. “At least it gives me a country. A real country that I can really call my own,” adds Rawand Sirwan, a student in the Kurdistan Region’s capital, Erbil. “We all want to be independent. Many men and women lost their lives for this to happen.” Freedom is the main feature of independence for Soran Naksbandy, a photographer in Kurdistan’s second city, Sulaimani. “I will be witnessing a free Kurdish state in my lifetime, and that has a long-lasting effect in every aspect of my life. My kids will be born free and die free.” He refers to a Kurdish saying to show how important freedom is: “Kurds will not break your bones even if they tried to eat your flesh. We prefer a free life in poverty above a rich life without the dignity of being a free man.” “Like other people deserve their own land, so do we,” says Nechir Herki, a returnee from Europe who lives in Erbil. He expects the new state will offer Kurds more security on all fronts. “We will be a step nearer to a better democracy. We will be more influential in the outside world.” Not to be part of Iraq anymore -- that is seen as an important result of independence for Kurdish individuals. “I feel humiliated being forced to be Iraqi,” says Saman Penjwini, a manager for an NGO in Sulaimani. “I will feel more proud and can loudly mention my nationality without feeling ashamed.” This is echoed by student Zana Ahmed in Erbil. Like others, he thinks Kurds will have less trouble traveling around. “I will release myself from all the troubles that I face because of the Iraqi government. Because I have an Iraqi passport, I can’t go to Europe as easily as people from other countries.” The expectation is that visas to Western countries will be easier to come by, because Kurds will be looked at differently. As Ahmed puts it: “Next time I meet someone from abroad I will say that I am from Kurdistan, and not Iraq, so they will not say anymore, ‘Oh you are from Iraq, with its bombs.’” For accountant Balien Abdul-Kareem from Erbil, the discrimination of Kurds inside Iraq in the past still plays a role. A Kurdish state “ensures that my voice will be heard in a democratic way; and it guarantees that there will be no dictator who kills me as part of ethnic cleansing.” Not to be part of the Sunni and Shiite opposites is another main effect of Kurdish independence from Iraq, Abdul-Kareem points out. “An independent Kurdistan allows me practice my Islam in a Kurdish, peaceful way, away from Shiite-Sunni hatred,” he says. “It allows me to think the way I want.” Not everybody is optimistic. Some predict hardship. Student Halwest Amir from Ranya sees a dark future for the young. “Some will die in the fight. Some cannot study well. Some of our fathers now are fighting, so we should protect our families.” PhD student Hezhin Harun from Sulaimani admits to being afraid. “We do not have food security,” he says, “I am afraid of the mentality of our neighbors.” He wonders what will happen if neighboring countries close their borders in protest to Kurdistan’s independence. That will lead to shortage of many products, as most goods in Kurdistan are imported, and to rising prices. Some think independence will not bring change, since the people would remain the same. “I do not think we are ready. Just look at our public services, education sector, health, law. It is all in shambles. If we cannot properly manage those, how can we manage a whole country and its budget?” a woman from Sulaimani wonders, wishing to remain anonymous. Jewan Salman, living in Holland, thinks that independence needs to be learned: “Independence means you take your own decisions. If offered independence, a child can grow and explore its abilities. The child needs a teacher. But that takes time, it is not a matter of days but of years. It will be the same for Kurdistan.” - See more at:

The Kurds are a mountain people with a history extending back many millennia. They are the descendants of many different peoples, but notably the Hurrians, Medes and Scythians. The geographical distribution of their languages and widely differing dialects reflects their complexity. There are four main languages, but dozens of recognized ethnic subgroups. The Kurds have fought off Isis, but fear being used as cannon fodder. Kurdistan scrambles to meet payment deadline for oil exports. Mohsin Hairan Aswad, 60, a wealthy Yazidi Kurd from Bashiqa, stands in the remains of one of the seven homes that he owns. His homes were destroyed during the fighting to liberate the town from.

President Massoud Barzani’s call for a referendum on self-determination should not fall from the Kurdish government’s agenda because of the war with the Islamic State (IS/formerly ISIS) or a potential Kurdish participation in the Iraqi government.

An independent Kurdish state, even if it is only for the Kurds of Iraq, is an imperative precondition for the survival of the Kurdish culture. A Kurdish state is also in the interest of peace and security in the region. 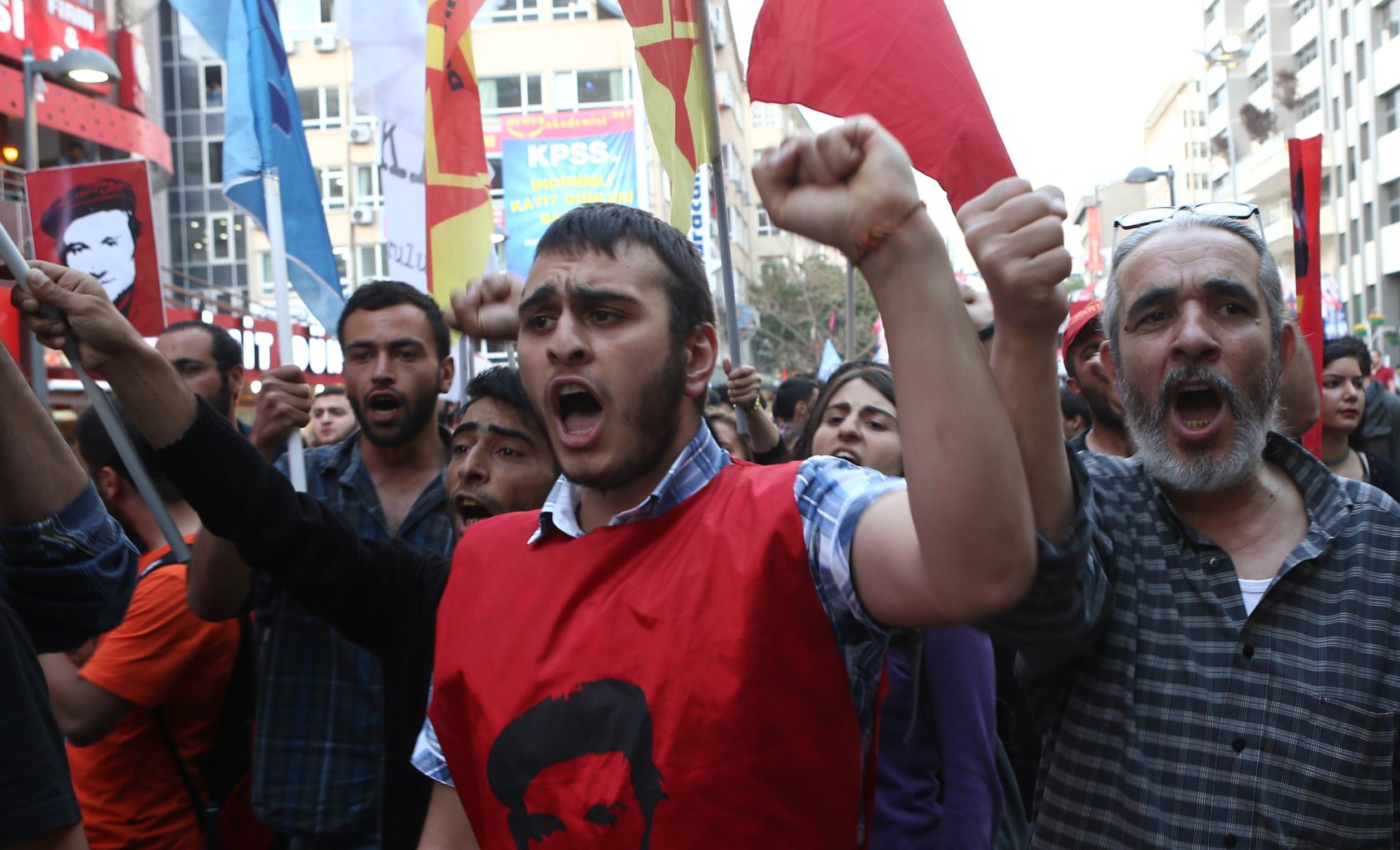 Declaration of independence by Iraqi Kurdistan will find unequivocal support in international law.

The Kurds did not take for granted opportunities presented to them by particular geopolitical events in the region such as the US-led invasion of Iraq, the overthrow of Saddam Hussein and total dismantling of his security system.

The Kurds were the incidental beneficiaries of these events, but they should also be credited for grasping the nature of these developments and playing an essential role in restoring order with their strong social and political cohesion.

In their own sphere of jurisdiction the KRG has also achieved what most experts would have thought impossible, that of appeasing their hostile neighbors Turkey, Iran, and Syria. The landlocked Iraqi Kurds were realistic. They made their large oil reserves and natural resources as well as the need for building infrastructure a great incentive for investors across the world. The Kurds set in motion the law and order necessary for economic growth for themselves and their neighboring states. Through the economy they trumpeted their neighbors’ centuries-long chauvinism.

Declaration of independence by Iraqi Kurdistan will find unequivocal support in international law. 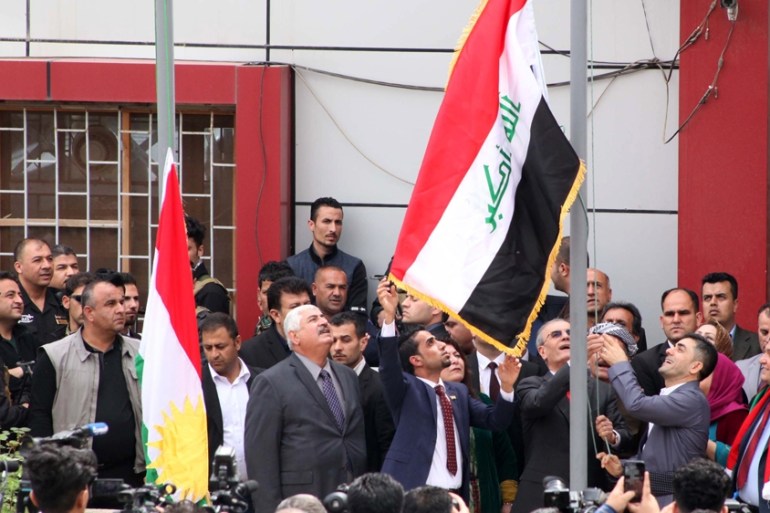 Furthermore, they reassured their neighbors who have their own restive Kurdish population that the KRG is not an expansionist or pan-Kurdish nationalist project. If anything, they helped reduce ethnic conflict in those countries without alienating their Kurdish brethren.

After nearly a century of struggle for their fundamental rights, the Kurds of Iraq showed to the world -- once given the chance -- the capability for self-rule and they now have all the trappings of a modern nation state.

It was these qualities that rallied the world on the side of the Kurds in their fight against the Islamic State. But still, it will be a big mistake for the Kurds to remain part of Iraq in a federal system. They either go for independence with rights and guarantees, or see themselves dragged into one conflict after another.

It is evident that the Shiite-dominated government has tried to roll back any concessions or decentralization of power enshrined in Iraq's new constitution. They exerted immense pressure on the KRG to disarm Kurdish security and Peshmerga forces, and have for months blocked Kurdistan’s share of the budget that is guaranteed by the constitution, all the while doing what they can to deprive the Kurds of alternative sources of revenue. 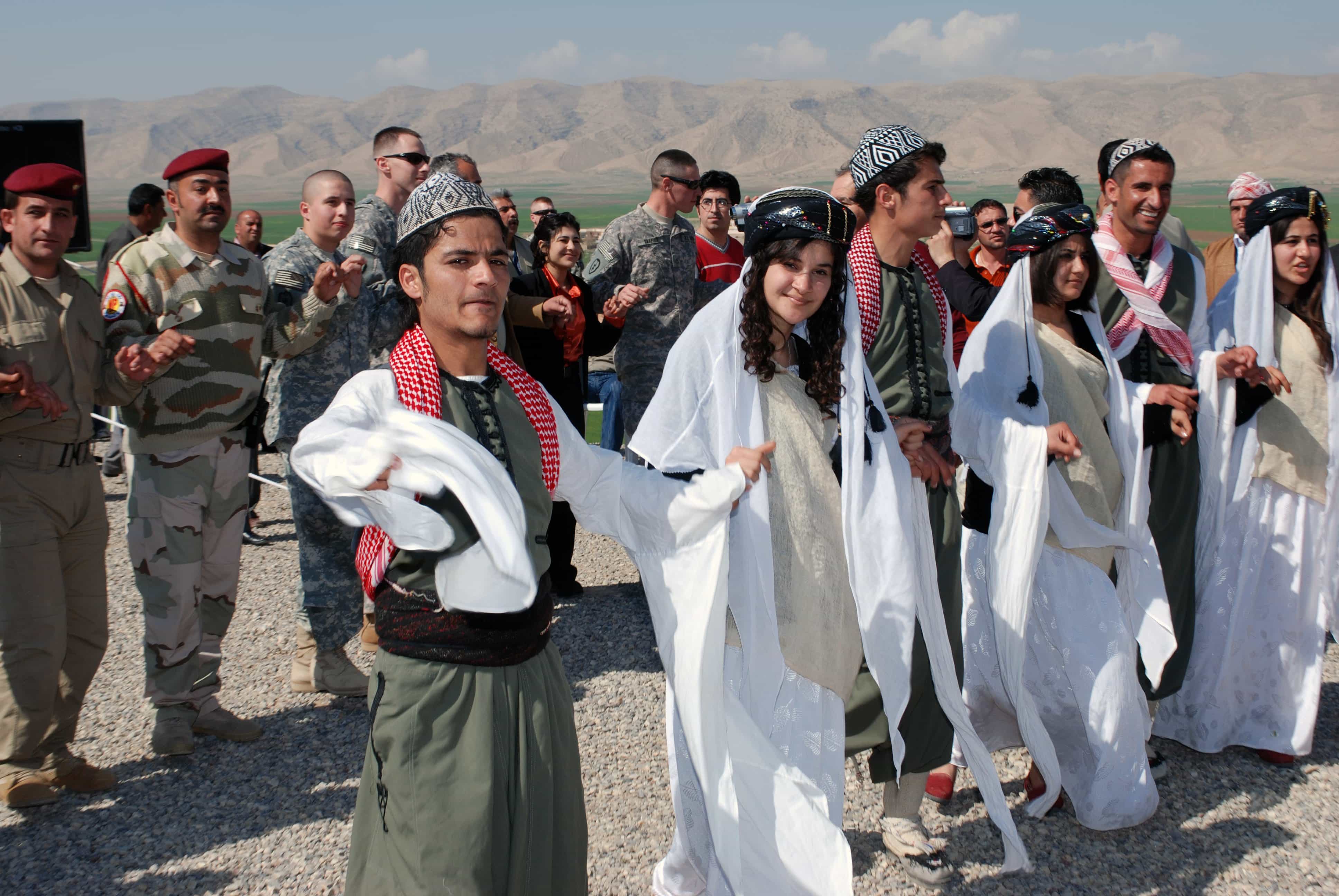 The central government’s conduct towards the Kurdistan Region has been hostile in times of peace or war. In the midst of IS’s invasion of the Sunni regions of Iraq, Shiite members of parliament were busy threatening to “crush the Kurdish heads.” It is this kind of attitude from Baghdad that gives credence to the Kurds’ claim that Iraq’s motivation for purchasing American F16s was their possible use against the Kurds.

Notwithstanding the removal of Mr. Maliki, who was blamed for much of Iraq’s crisis, Baghdad is now warning foreign countries against arming the Peshmerga in their fight against the IS and protection of Yezidis and Christians. It appears that the Iraqi government is more concerned with quelling the Kurdish influence than with the massacre of its citizens.

The problem is not the leadership in Baghdad as much as it is the social and political realities of that society and their understanding of federalism. Federalism recognizes the diverse components of a country and distributes power in such a way that meets everyone’s interests and preserves that diversity. Federalism cannot survive without respect for diversity, mature democratic principles and the Rule of Law.

To ensure their survival the Kurds of Iraq have no choice but to exercise their right to self-determination.

As a society, Iraq has no experience with federalism, and as a state it has never been informed by or subjected to democratic principles. For this very reason Baghdad has tried to make the Kurdish autonomy impracticable and insecure by putting them under imminent threat and pressure. When a people’s right to internal self-determination is denied, they are permitted under international law to declare external self-determination.

Anycubic kossel driver for mac os. The pronouncement of the Supreme Court of Canada is of great importance in this regard. Its findings relate to a system of constitutional federal rule used in drafting the Iraqi constitution. The Court found that there are three criteria for granting the right of self-determination, all of which are met by Iraqi Kurdistan. They include: firstly, situations of former colonies; secondly, where a people is oppressed, for example under foreign military occupation; and thirdly, a definable group is denied meaningful access to government to pursue their political, economic, social and cultural development.

The Court further acknowledged that the right to self-determination is now so widely recognized in international conventions that it has acquired a status beyond convention and is considered a general principle of international law. The two most widely referred to are the International Covenant on Civil and Political Rights and the International Covenant on Economic, Social and Cultural Rights (both approved by the UN General Assembly in 1966, entered into force in 1976). Article 1 of both Conventions is identical. It states: “All peoples have the right of self-determination. By virtue of that right they freely determine their political status and freely pursue their economic, social and cultural development.”

The Kurdish experience shows that their autonomy is under a perpetual threat from Iraq, a country with a history of repression and total disregard for democratic principles. The region as a whole is prone to dictatorial rule and sectarian conflict. Therefore, to ensure their survival the Kurds of Iraq have no choice but to exercise their right to self-determination and become a recognized member of the international community. The international law is firmly on the Kurdish side. A referendum by the people of Kurdistan can only add further legitimacy to the democratic nature of the Kurdish struggle.