WASHINGTON, D.C. -- Though a 2018 Gallup poll found that U.S. church membership has reached an all-time low of 50%, and one in five Americans does not identify with any religion, most of the country still expresses belief in God. Exactly how large that majority is, however, depends on how nuanced the response options are.

In the poll, conducted by the nationally recognized McLaughlin & Associates, one-third of respondents said they fear the end really is near.The Joshua Fund said that “29% said they believe that. What the Gallup Poll on religious belief does not address is that many people who have stopped belonging to a particular church or religion are still firm believers in God. While organized religion is in decline in America, many people still have a firm conviction about the Bible as God’s Word and Jesus Christ as the son of God. Most adults—not quite six in 10—believe Jesus was God (56%), while about one-quarter say he was only a religious or spiritual leader like Mohammed or the Buddha (26%). The remaining one in six say they aren’t sure whether Jesus was divine (18%). Millennials are the only generation among whom fewer than half believe Jesus was God (48%).

Gallup has asked this question three different ways in recent years, with belief varying across them from 87% to 64%.

The highest level of belief (87%) comes from a simple yes/no question, 'Do you believe in God?' which Gallup last asked in 2017.

Belief in God appears even lower when isolating just those from the five-part question who say they are 'convinced' God exists, 64%. While all three measures of belief have exhibited declines, this group's drop has been the steepest.

The array of Gallup results leads to the conclusion that putting a percentage on Americans' belief in God depends on how you define 'belief.' If the standard is absolute certainty -- no hedging and no doubts -- it's somewhere around two-thirds. If the standard is a propensity to believe rather than not to believe, then the figure is somewhere north of three-quarters.

Gallup measures Americans' views on God and religion as part of its Values & Beliefs poll -- one of 12 surveys that make up the Gallup Poll Social Series.

Gallup's fulltrends on religionare available on theReligion 'Topics A to Z' page.

Explore Gallup articles about God and other religion-related topics on the'Religion' topics page.

Who Is God Poll

Learn More about Access Crucial Data for Your Research

Subscribe to the Gallup News brief and real time alerts.
Stay up to date with our latest insights.

Unistat label template microsoft worddownload free apps. You are reading a free research sample of The Bible in America

Jesus Christ remains a central figure and perennial person of interest in the American religious landscape—especially in the days leading up to Easter. And 2015 is no exception. 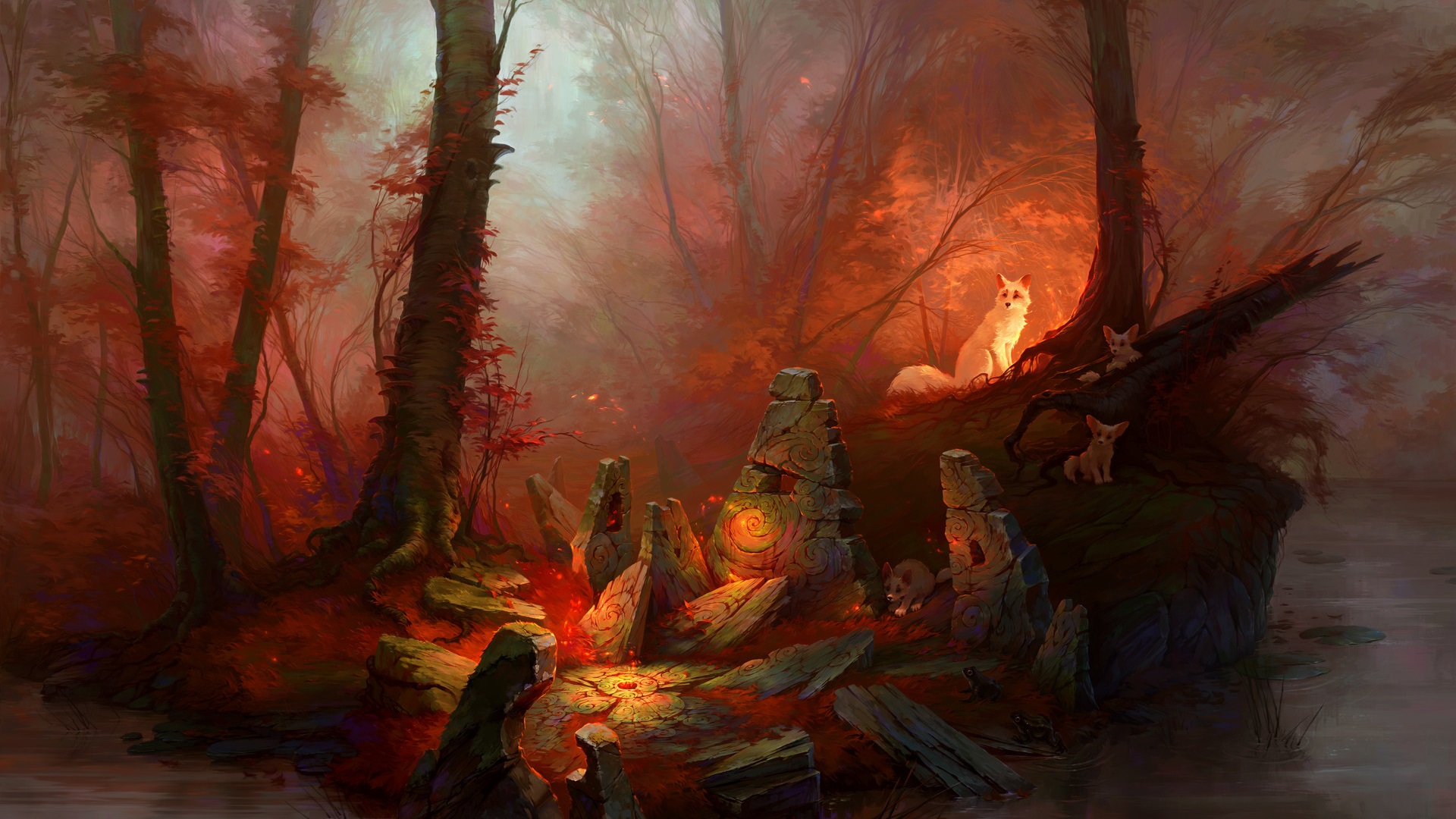 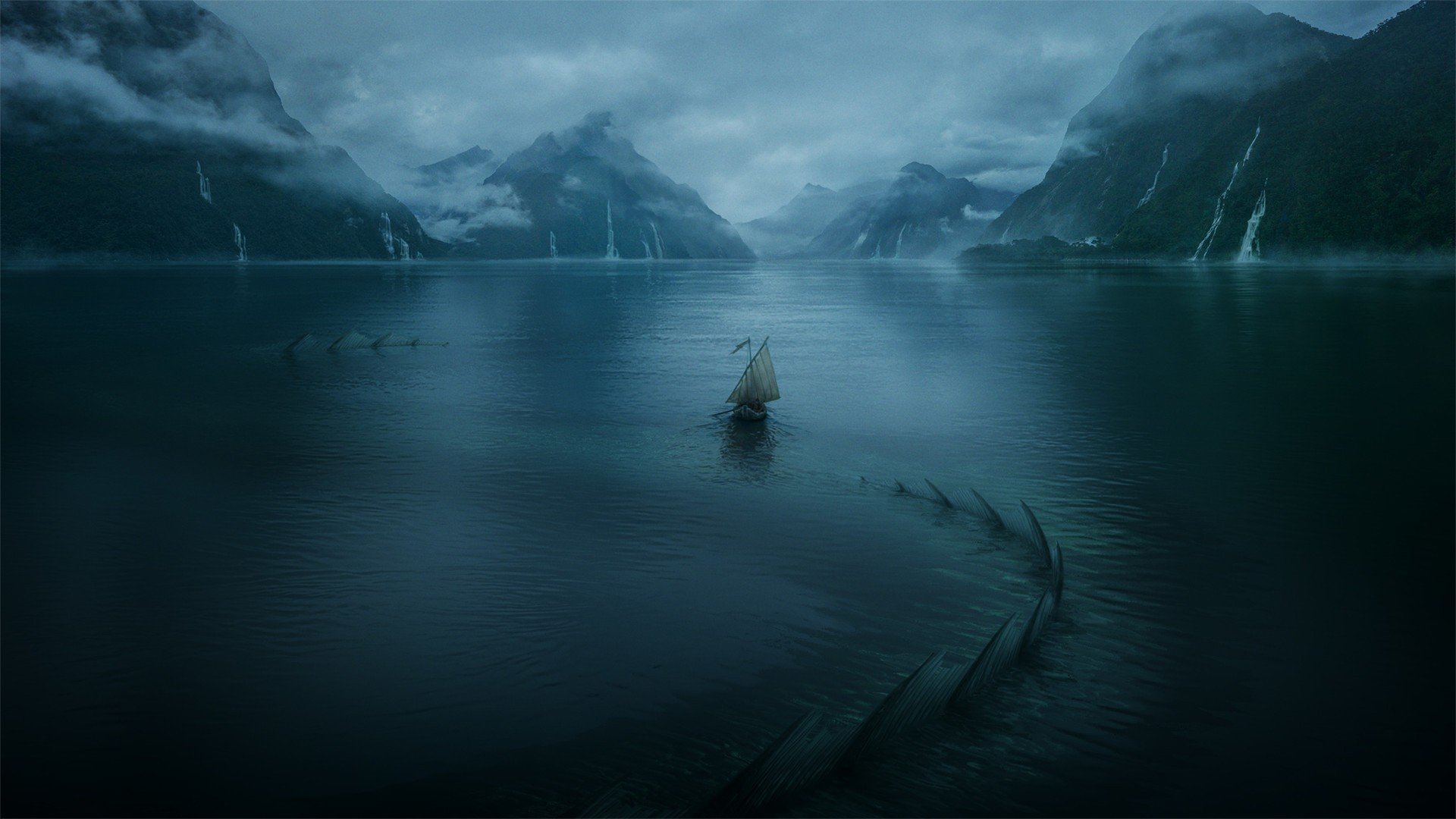 But what do Americans believe about Jesus? Who do they say he is? Here are five popular American perceptions of Jesus, based on recent Barna Group research.

1. The Vast Majority of Americans Believe Jesus Was a Real Person
Jesus Christ has made a cameo in hundreds of pop culture places, from The Da Vinci Code to South Park. But, although the character of Jesus has certainly been fictionalized, satirized and mythologized over the centuries, the vast majority of Americans still maintain that he was a historical figure. More than nine out of 10 adults say Jesus Christ was a real person who actually lived (92%). While the percentages dip slightly among younger generations—only 87 percent of Millennials agree Jesus actually lived—Americans are still very likely to believe the man, Jesus Christ, once walked the earth.

2. Younger Generations Are Increasingly Less Likely to Believe Jesus Was God
The historicity of Jesus may not be in question for most Americans, but people are much less confident in the divinity of Jesus. Most adults—not quite six in 10—believe Jesus was God (56%), while about one-quarter say he was only a religious or spiritual leader like Mohammed or the Buddha (26%). The remaining one in six say they aren’t sure whether Jesus was divine (18%).

Millennials are the only generation among whom fewer than half believe Jesus was God (48%). About one-third of young adults (35%) say instead that Jesus was merely a religious or spiritual leader, while 17 percent aren’t sure what he was.

In each older generation, the belief in Jesus as divine is more common—55 percent of Gen-Xers, 58 percent of Boomers and nearly two-thirds of Elders (62%) believe Jesus was God.

Similar to other trends in perceptions of Jesus, Millennials are more likely to believe Jesus committed sins while he was on earth—56% of Millennials believe so. Gen-Xers, Boomers and Elders are all similar to the national average when it comes to beliefs about Jesus’ fallibility—they are almost evenly split on whether Jesus sinned while he lived on earth.

4. Most Americans Say They Have Made a Commitment to Jesus Christ
On the whole, America is still committed to Jesus. The act of making a personal commitment to Jesus—often seen as the “first step” in becoming a Christian—is a step that more than six in 10 Americans say they have taken and, moreover, that commitment is still important in their life today.

While the majority of Americans report such a commitment, some groups are significantly more likely to have done so than others. Women, for example, are more likely than men to have made a personal commitment to Jesus (68% compared to 56%, respectively). White Americans are the least likely ethnic group to have committed to Jesus: Only six in 10 white Americans report having done so (60%), compared to eight in 10 black Americans (80%) and nearly two-thirds of all non-white Americans (65%). The more money people make, the less likely they are to have committed to Jesus: Those making more than $100K per year are significantly less likely (53%) to have made such a commitment than those making between $50K and $100K (63%) or those making less than $50K (65%).

And, of course, Millennials are much less likely than any other group to have made a personal commitment to Jesus that is still important in their life today. Fewer than half of Millennials say they have made such a commitment (46%), compared to six in 10 Gen-Xers (59%), two-thirds of Boomers (65%) and seven in 10 Elders (71%).

Overall, roughly two out of five Americans have confessed their sinfulness and professed faith in Christ (a group Barna classifies as “born again Christians”).

Millennials are less likely to believe that Jesus is the path to Heaven than are other generations. Among Millennials who have made a personal commitment to Jesus, only 56 percent say they believe they will go to heaven because they have confessed their sins and accepted Jesus Christ as their Savior. This percentage climbs to two-thirds of Gen-Xers (64%), six in 10 Boomers (62%) and nearly seven in 10 among Elders (68%).

Many adults believe, however, that they will go to heaven as a result of their good works. Broadly speaking, this is the most common perception among Americans who have never made a commitment to Jesus—and it is also quite common among self-identified Christians. In this category, people believe they will go to heaven because they have tried to obey the Ten Commandments (5%), as a result of being basically a good person (8%), or on the grounds that God loves all people and will not let them perish (7%).

What the Research Means
David Kinnaman, president of Barna Group, directed the national study and says, “There isn’t much argument about whether Jesus Christ actually was a historical person, but nearly everything else about his life generates enormous, and sometimes rancorous, debate.”

These findings, however, “demonstrate the strong degree to which Jesus remains embedded in the minds of Americans. It is not surprising that Easter brings a range of Jesus-centered entertainment and media programming: Jesus has a built-in audience. This study also shows the extent of Christian commitment in the nation—more than 150 million Americans say they have professed faith in Christ. This impressive number begs the question of how well this commitment is expressed. As much of our previous research shows, Americans’ dedication to Jesus is, in most cases, a mile wide and an inch deep.”

Kinnaman also says, “Many of the institutional, cultural and familial tendons that connect young adults to life in Christ are stretching. Much has been made about whether Millennials will get more serious about church and faith as they age, but the fact is younger Americans are not as connected as older generations are to Christ. Jesus is a friend of sinners, but many Millennials are ‘unfriending’ him at a time when their lives are being shaped and their trajectories set toward the future.”

About the Research
This research contains data from recent studies conducted online and by phone.

The first online study was conducted among a nationally representative sample of 1,036 U.S. adults from September 2 to September 10, 2014. The estimated maximum sampling error for this study is plus or minus 3.1 percentage points at the 95-percent confidence level.

The first phone study was conducted among a nationally representative sample of 1,001 U.S. adults from August 25 to September 10, 2014. The estimated maximum sampling error for this study is plus or minus 3.1 percentage points at the 95 percent confidence level.

The second online study was conducted among a nationally representative sample of 1,000 U.S. adults from February 3 to February 11, 2015. The estimated maximum sampling error for this study is plus or minus 3.1 percentage points at the 95-percent confidence level.

The second phone study was conducted among a nationally representative sample of 1,010 U.S. adults from January 8 to January 20, 2015. The estimated maximum sampling error for this study is plus or minus 3.1 percentage points at the 95-percent confidence level.

The online study relied on a research panel called KnowledgePanel®, created and maintained by Knowledge Networks. It is a probability-based online non-volunteer access panel. Panel members are recruited using a statistically valid sampling method with a published sample frame of residential addresses that covers approximately 97 percent of US households. Sampled non-Internet households, when recruited, are provided a netbook computer and free Internet services so they may participate as online panel members. KnowledgePanel consists of about 50,000 adult members (ages 18 and older) and includes persons living in cell-only households.

About Barna Group
Barna Group (which includes its research division, Barna Research Group) is a private, non-partisan, for-profit organization under the umbrella of the Issachar Companies. Located in Ventura, California, Barna Group has been conducting and analyzing primary research to understand cultural trends related to values, beliefs, attitudes and behaviors since 1984.

If you would like to receive free e-mail notification of the release of each update on the latest research findings from Barna Group, you may subscribe to this free service at the Barna website (www.barna.org).

2015 State of Atheism in America

This past year, Barna Group studied the unchurched—those who have not attended church within the past six months. Among the key findings, one of the most remarkable is that unchurched people are not always unbelievers: they just haven’t been to church in a long time. But what about atheists and agnostics? Are their numbers on the rise?