PATRIARCHAL GENEALOGY FROM ADAM TO NOAH.

(1) This is the book of the generations of Adam.—See on Genesis 2:4, and Excursus on the Books of Generations.

In the likeness of God.—Man is now a fallen being, but these words are repeated to show that the Divine likeness was not therefore lost, nor the primæval blessing bestowed at his creation revoked. As man’s likeness to God does not mainly consist in moral innocence (see on Genesis 1:26), it was not affected by the entrance into the world of sin, except so far as sin corrupted the vessel in which this great gift was deposited. (Comp. 2Corinthians 4:7.)

Genesis 5:1. The book of the generations of Adam — 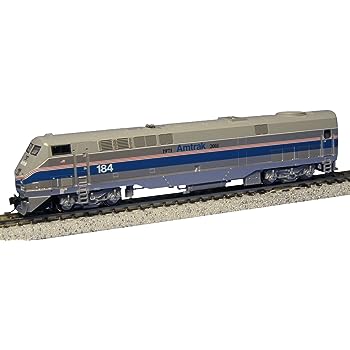 That is, a list or catalogue of his posterity, not of all, but only of the holy seed,

from whom, as concerning the flesh, Christ came; of the names, ages, and deaths of those that were the successors of the first Adam in preserving the promise, and the ancestors of the second, at whose coming the promise was accomplished.
5:1-5 Adam was made in the image of God; but when fallen he begat a son in his own image, sinful and defiled, frail, wretched, and mortal, like himself. Not only a man like himself, consisting of body and soul, but a sinner like himself. This was the reverse of that Divine likeness in which Adam was made; having lost it, he could not convey it to his seed. Adam lived, in all, 930 years; and then died, according to the sentence passed upon him, To dust thou shalt return. Though he did not die in the day he ate forbidden fruit, yet in that very day he became mortal. Then he began to die; his whole life after was but a reprieve, a forfeited, condemned life; it was a wasting, dying life. Man's life is but dying by degrees. - Section V - The Line to Noah

- The Line of Sheth

This chapter contains the line from Adam to Noah, in which are stated some common particulars concerning all, and certain special details concerning three of them. The genealogy is traced to the tenth in descent from Adam, and terminates with the flood. The scope of the chapter is to mark out the line of faith and hope and holiness from Adam, the first head of the human race, to Noah, who became eventually the second natural head of it.

These verses are a recapitulation of the creation of man. The first sentence is the superscription of the new piece of composition now before us. The heading of the second document was more comprehensive. It embraced the generations, evolutions, or outworkings of the skies and the land, as soon as they were called into existence, and was accordingly dated from the third day. The present document confines itself to the generations of man, and commences, therefore, with the sixth day. The generations here are literal for the most part, though a few particulars of the individuals mentioned are recorded. But taken in a large sense this superscription will cover the whole of the history in the Old and New Testaments. It is only in the prophetic parts of these books that we reach again in the end of things to the wider compass of the heavens and the earth Isaiah 65:17; 2 Peter 3:13; Revelation 21:1. Then only does the sphere of history enlarge itself to the pristine dimensions in the proper and blessed sense, when the second Adam appears on earth, and re-connects heaven and earth in a new, holy, and everlasting covenant.

The present superscription differs from the former one in the introduction of the word ספר sepher, 'book'. There is here some ground in the text for supposing the insertion by Moses of an authentic document, handed down from the olden time, in the great work which he was directed to compose. The chapter before us could not have been completed, indeed, until after the birth of Shem, Ham, and Japheth. But if we except the last verse, there is no impossibility or improbability in its being composed before the deluge.

Adam—used here either as the name of the first man, or of the human race generally.4004
The manner of man’s creation repeated, Genesis 5:1-2. The genealogy, age, and death of the fathers from Adam to Noah, in the line of Seth. Seth begotten of Adam after his image, Genesis 5:3. The piety and translation of Enoch, Genesis 5:24. Lamech’s prophecy of his son Noah, Genesis 5:29. Sons born to Noah, Genesis 5:32.
This is the book, i.e. the list or catalogue, as this word is taken, , as it is also put for any short writing, as for a bill of divorce, as Deu 24:1-2.
The generations of Adam, i.e. his posterity begotten by him; the word being passively used. But he doth not here give a complete list of all Adam’s children, but only of his godly seed, which preserved true religion and the worship of God from Adam to the Flood, and from whose loins Christ came, Luke 3:1-38.
God created man. This is here repeated to note the different way of the production of Adam, and of his posterity; his was by creation from God, theirs by generation from their parents. See Genesis 1:26.

in the day that God created man, in the likeness of God made he him; this is repeated from Genesis 1:27 to put in mind that man is a creature of God; that God made him, and not he himself; that the first man was not begotten or produced in like manner as his sons are, but was immediately created; that his creation was in time, when there were days, and it was not on the first of these, but on the sixth; and that he was made in the likeness of God, which chiefly lay in knowledge, righteousness, and holiness, and in dominion over the creatures.

This is the book of the generations of Adam. In the day that God created man, in the {a} likeness of God made he him;

THE GENESIS OF PHASE IV

In 1980, CEO Robert Forster, PT started his physical therapy business with a single client who would later be known throughout the world as Flo-Jo: the world’s fastest female sprinter.Florence Griffith Joyner’s Olympic gold medal record stands unbeaten. Since then, Forster has been treating and training world-class and recreational athletes with his fourth phase of fitness rehabilitation and recovery science.At Forster’s Physical Therapy Clinic also in Santa Monica, California rehabilitation of injury takes place in three phases. The fourth phase of rehabilitation: PHASE IV, optimizes individualized health, fitness, nutrition, injury prevention, weight management, and performance under one roof, in a sports medicine exercise laboratory where metabolic and structural physiology are inseparable.PHASE IV Scientific Health and Performance Center in Santa Monica, is considered the “Whole Solution” to health and fitness, and is an international destination for performance athletes.

Through their work with elite athletes, Olympic gold medalists, some of the best coaches and most respected strength, conditioning, and nutrition experts in the world: PHASE IV’s staff has seen and studied first-hand the most successful programs in existence. This is how we learned and embraced The Principles of Periodization.These Principles are scientifically proven to not only achieve results for world-class athletes, but also for anyone who desires to improve their health.Periodization training programs are significantly more effective than non-periodized programs; research has proven that the natural development of strength, power, speed, and endurance reduces performance injuries and is the critical difference between winning, losing, and achieving complex goals.In the early 1950s the Eastern bloc sports scientists sought to develop world-dominating Olympic athletes by artificially manipulating natural occurring hormones. Periodization principles are the result of optimizing natural occurring hormone surges, and providing periods of recovery, where fitness gains are realized.When training and exercise programs are anchored in periodization principles, fitness and health as well as injury prevention elevate performance naturally. This pure and powerful training model is now the most widely utilized science among professional and elite athletes.PHASE IV provides a comprehensive approach to your individual life, health, and fitness needs by combining Periodization Principles with individualized structural and metabolic development, as well as functional health coaching, and Nutrition optimization.

PHASE IV is a health and performance “think tank” offering more depth in assessment and instruction than any gym, or personal trainer. PHASE IV has been voted best in LA and has conducted studies for the National Institute of Health, and UCLA’s Geffen School of Medicine. PHASE IV performed the in-depth studies for Sketcher’s Performance walking and running shoes.Forster’s Structure Program© is the corner stone of every PHASE IV prescription exercise and fitness plan, and is also the foundation for Herbalife’s 24 Fit Global health initiative.PHASE IV is the genesis of Forster Training Systems© considered the most scientific active recovery program anywhere.PHASE IV Certified Staff of Physical Therapists, Nutritionists, Sports Medicine Exercise Physiologists, Functional Health Coaches and other specialists; work as a team with you and your physician, to create a comprehensive program to achieve your goals. Using science, technology, and experience we develop, educate, guide, and support sustainable individualized programs for people of all ages and abilities across the globe. With cutting edge technology, equipment, metabolic testing, and an excellence in clinical service, we promise to do more for you than anyone else.
sisplus – 2018