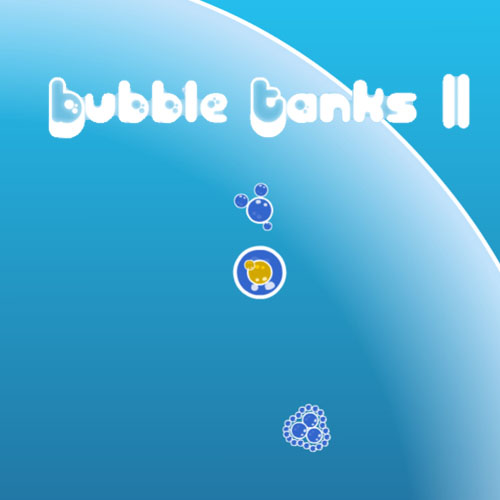 Description Similar to BT1, you must travel through giant bubbles, destroying enemy tanks and taking their bubbles to fuel your growth. As you grow, you constantly evolve and get ever better weapons. Game 134: january 20 2017 the initials game on. Ultimately, you'll have to face the ultimate adversary and defeat it to win the game.

Bubble Tanks 2 is one of those games that you find on Armor Games, or any myriad of other flash games based websites and think won't be very fun because it's a pretty silly premise: You control a bubble, shoot other bubbles, become a bigger bubble, and repeat the process. But what it lacks in appealing characteristics it more than makes up for in gameplay. It's not unusual for players to sit down, and focus their intent directly on trying to become the biggest, and the best, and that's where a lot of the fun comes in. That's what makes the game fun is just seeing how far you can go before you crash and burn in a hail of popped bubbles. 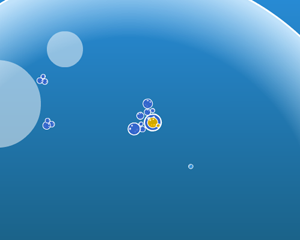 So as you can see from that description alone, Bubble Tanks 2 is a very fun game and should be added to anyone's flash game collection. In fact, it's a game that has a lot of other game mechanics that work for it that are sort of mish-mashed together that just make it work. Imagine a game that plays a lot like asteroids in that you, as the player, are in the center of the screen zipping and zooming and shooting all around and everything. You have yourself encased in your bubble, and you shoot smaller bubbles out at anything that happens to zoom on by, including enemy combatants. What makes it even better than asteroids though is that the game doesn't just stack up your score and see how high the numbers go, but you also improve your Bubble Tank the more you play. Get enough bubbles to 'level up' and you can choose one of three different options that improve your basic bubble weapon. Want to shoot faster in a three shot burst? Choose that option. Want to fire in a spread instead? Choose that option. Want your bubbles to be more powerful, even if slower? There's that option there. In fact, you can even mix and match a few different options as well, all built on a highly intuitive upgrade system that you work your way down towards to become the biggest, baddest bubble in the bunch.

But watch out though because you're not invincible! You don't have a direct HP system on you while you play, though. Instead, you rely on your bubbles to be your HP. So if you get stuck in a bubble level and lose all of your bubbles you're done for and have to start back at the beginning! 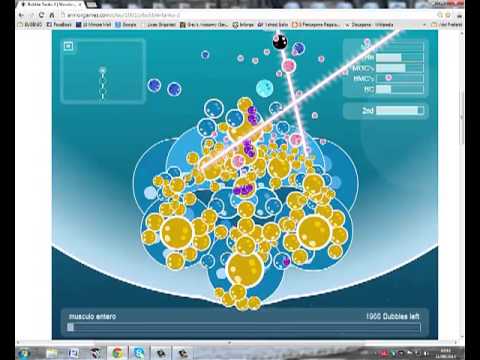 But if you're also the sort of player that enjoys this aspect, you might enjoy Bubble Tanks 2 unblocked for some added fun. Or, if you want to just skip a lot of the tedious attacking, collecting, and defending part of the gameplay there is a hacked version of the game called Bubble Tanks 2 Hacked that allows you to do all of that at the touch of a button. In fact just load it up, set up different paraments, customize your bubble tank to your specification. Choose one, some, or all upgrades, enemy types, damage, everything and away you go!

But the fun won't just end there, though. As with previous installments as well there will also be two different forms of the game that will come out as well. Bubble Tanks 4 will feature a 'Bubble Tanks 4 Unblocked' form, as well as a Bubble Tanks 4 Hacked form that allows you to set all sorts of different parameters right off the bat. Different parameters meaning you can customize how many bubbles you can collect, bubble tank size, and even fire rate or enemy spawn rate, giving you total and complete control to play however you want.

Whatever way you wish to game, though, it's all going to be an addictingly fun time and showcase why flash gaming can easily compete with traditional gaming.