If you want to succeed at apologizing, start by telling yourself you’re awesome.

The advice sounds counterintuitive. It’s common knowledge that if you want to make a real apology, the kind that’s meaningful and sincere, you have to start by setting aside your ego. But that’s easier said than done, because research shows that not admitting we’re wrong is pretty emotionally satisfying. Often, when we try to make apologies we end up mounting a defense instead.

Why We’re So Bad at Apologizing

Does not always mean that you are wrong and the other person is right. It just means that you value your relationship more than your ego.

“Hey, I’m sorry you’re upset. I didn’t mean to suggest that your input doesn’t matter, but when you were speaking during the meeting I was trying to process my own thoughts, which is why I interrupted you. I apologize.”

Eeee-yeah. That’s not an apology; that’s a justification for bad behavior.

Let’s break it down.

I don’t like it that you’re mad at me.

I didn’t mean to suggest that your input doesn’t matter, but when you were speaking during the meeting I was trying to process my own thoughts, which is why I interrupted you.

The thoughts I was formulating were more important to me than what you had to say. 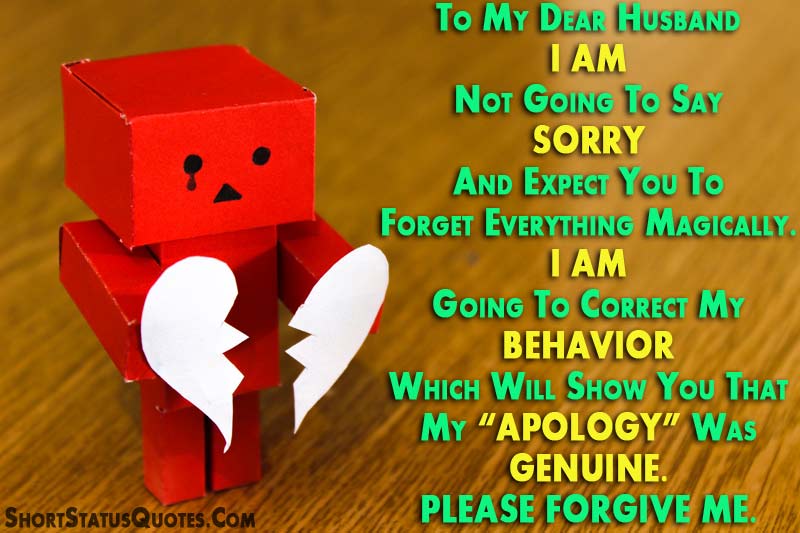 Good people sometimes behave badly. There’s a difference between acting like a jerk in the moment and being one full-time. Unfortunately, when you’re faced with the need to own up to jerk-like behavior, your brain has to work overtime to convince you that you did something wrong, and that’s not a pleasant experience.

We’re terrible at apologizing because we don’t want to feel bad about ourselves. We have an innate need to preserve our positive self image. Because of this, setting aside our egos long enough to make a sincere apology may seem easy enough in theory . . . but it’s a lot more difficult in practice.

Of course, failing to apologize effectively can be toxic to workplace and other relationships. We tend to resent and dislike people who can’t own up to their mistakes. Those who always deflect the blame are challenging to get along with.

How to Use Self-Affirmation to Apologize . . . For Real

There’s good news, though. We become much better at apologizing when we remind ourselves of our own good qualities just before we approach someone we’ve wronged to admit that we screwed up.

In 2014, Karina Schumann, a Stanford University psychologist, published a research paper demonstrating that self-affirmation leads to better apologies. She discovered that people who practiced affirmation were less likely to be defensive and included more elements of an actual admission of wrongdoing in their apologies.

Apologizing begins with saying a few positive words to yourself. A one-size-fits-all affirmation won’t work here, though—you have to make it personal. Think about your sources of self-worth. Maybe you’re really good at your job and generally well-liked. Maybe your parenting skills are off the charts and your kids are turning out awesome. Or it could be that you’re creative and full of ideas. Whatever it is, have a little chat with yourself about it before you step up to apologize. It could go something like this:

I’m good at relating to people. Here at work, my colleagues often turn to me for advice and guidance because I’m open-minded and kind.

When you think about what makes you feel good about yourself, you’re disarming your defenses. Now you’re ready to apologize.

Elements of a Perfect Apology

Because you know that your mistake was a momentary lapse and not a long-term value judgment, you can be sincere. Find a quiet time when you’re less likely to be interrupted and then address the person you’ve wronged.

I’m very sorry for the way I behaved in the meeting. It was unacceptable for me to interrupt while you were talking. You must’ve felt like I didn’t value your contribution. I realize that I struggle with impulse control, so I’ve asked people to call me out if I interrupt them during conversations. I really do want to hear what you have to say. I was wrong, and I hope you can forgive me.”

It’s as simple (and as difficult) as that. No justifying your bad behavior, no making excuses or blaming someone or something else, and no minimizing the hurt you caused by saying “I didn’t really mean it” or “I was just kidding.”

Owning up to your own bad behavior is never easy. But, if you bolster your self-worth before you set out to apologize, it doesn’t have to be soul-crushing, either.