Roman Catholic and Orthodox Faith Examined and
The Apocrypha

'The Jewish canon, or the Hebrew Bible, was universally received, while the Apocrypha added to the Greek version of the Septuagint were only in a general way accounted as books suitable for church reading, and thus as a middle class between canonical and strictly apocryphal (pseudonymous) writings. And justly; for those books, while they have great historical value, and fill the gap between the Old Testament and the New, all originated after the cessation of prophecy, and they cannot therefore be regarded as inspired, nor are they ever cited by Christ or the apostles' (Philip Schaff, History of the Christian Church, book 3, chapter 9)

21 reasons why the Apocrypha is not inspired:

And the day following Judas came with his company, to take away the bodies of them that were slain, and to bury them with their kinsmen, in the sepulchers of their fathers. And they found under the coats of the slain some of the donaries of the idols of Jamnia, which the law forbiddeth to the Jews: so that all plainly saw, that for this cause they were slain. Then they all blessed the just judgment of the Lord, who had discovered the things that were hidden. And so betaking themselves to prayers, they besought him, that the sin which had been committed might be forgotten. But the most valiant Judas exhorted the people to keep themselves from sin, forasmuch as they saw before their eyes what had happened, because of the sins of those that were slain. And making a gathering, he sent twelve thousand drachmas of silver to Jerusalem for sacrifice to be offered for the sins of the dead, thinking well and religiously concerning the resurrection, (For if he had not hoped that they that were slain should rise again, it would have seemed superfluous and vain to pray for the dead,) And because he considered that they who had fallen asleep with godliness, had great grace laid up for them. It is therefore a holy and wholesome thought to pray for the dead, that they may be loosed from sins. (2 Maccabees 12:39-46)

Ecclesiasticus 25:19 Any iniquity is insignificant compared to a wife's iniquity.

Ecclesiasticus 25:24 From a woman sin had its beginning. Because of her we all die.

Ecclesiasticus 22:3 It is a disgrace to be the father of an undisciplined, and the birth of a daughter is a loss.

And they laid up the stones in the mountain of the temple in a convenient place, till there should come a prophet, and give answer concerning them. (1 Maccabees 4:46)

And there was a great tribulation in Israel, such as was not since the day, that there was no prophet seen in Israel. (1 Maccabees 9:27)

And that the Jews, and their priests, had consented that he should be their prince, and high priest for ever, till there should arise a faithful prophet. (1 Maccabees 14:41)

'From Artexerxes to our own time the complete history has been written but has not been deemed worthy of equal credit with the earlier records because of the failure of the exact succession of the prophets.' .. 'We have not an innumerable multitude of books among us, disagreeing from and contradicting one another, but only twenty-two books, which contain the records of all the past times; which are justly believed to be divine..'(Flavius Josephus, Against Apion 1:8)

They debated the canonicity of a few books (e.g., Ecclesiastes), but they changed nothing and never proclaimed themselves to be authoritative determiners of the Old Testament canon. 'The books which they decided to acknowledge as canonical were already generally accepted, although questions had been raised about them. Those which they refused to admit had never been included. They did not expel from the canon any book which had previously been admitted. 'The Council of Jamnia was the confirming of public opinion, not the forming of it.' (F. F. Bruce, The Books and Parchments [Old Tappan, NJ.: Fleming H. Revell, 1963], p. 98]) 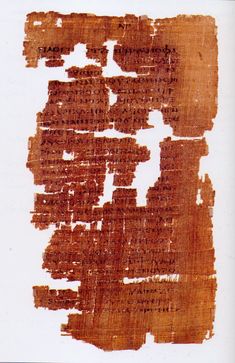 Is the Apocrypha Inspired? Does it really belong in the Bible?

Let us consider while we are at this point, the subject of the Catholic apocrypha, for which they make such great claims; and because of which they deny the Bible in common use by most brethren. 2 Macc 12:38-46 seems to be the principal reason they cling to the apocrypha. There is no other doctrine that depends so heavily upon support in the apocrypha. If I were not afraid of absolute statements, I would say that their defense of the apocrypha is only because of the passage and their claims about its teachings.

The Catholics have 46 Old Testament books rather than the 39 found in our Bibles. However, they have added much more material to other books which does not appear under separate titles. That material follows: The Rest of Esther added to Esther; The Song of the Three Holy Children, The History of Susanna, Bel and the Dragon added to Daniel; Baruch; 1 and 2 Maccabees; Tobias; Judith; Ecclesiasticus; and the Wisdom of Sirach.

The only powerful support for these books is that they appear in the Septuagint version. However, in many of our Bibles there is much material that is uninspired, including history, poetry, maps, dictionaries, and other information. This may be the reason for the appearance of this material in the Septuagint. The apocrypha was not in the Hebrew canon.

The usual division of the Old Testament by the Jews was a total of 24 books: The Books of Moses (51, The Early prophets 14; Joshua, Judges, Samuel, and Kings ~, The Late Prophets (4; Isaiah, Jeremiah, Ezekiel, the 12 Minor Prophets), and the Hagiagrapha (11; Psalms, Proverbs, Job, Song of Solomon. Ruth, Lamentations, Ecclesiastes, Esther, Daniel, Ezra-Nehemiah, and Chronicles i. These 24 books contain all the material in our numbering of 39.

Josephus spoke concerning the canon, but his book division combined Ruth-Judges and Lamentation-Jeremiah for a total of 22 books rather than 24:

'For we have not an innumerable multitude of books among us, .. only 22 books. which contain the records of ail the past times; which are justly believed to be divine;..It is true, our history hath been written since Artaxerxes very particularly, but hath not been esteemed of the like authority with the former by our forefathers;..and how firmly we have given credit to these books of our own nation is evident by what we do; for during so many ages as have already passed, no one has been so bold as either to add anything to them, or to make any change in them.' (Flavius Josephus Against Apion Book 1, Section 8).

Plainly Josephus distinguishes between those books written before and after Artaxerxes. This eliminates most of the apocrypha, especially the Maccabees.

The apocrypha itself denies all notion of inspiration. Referring to the events in the Maccabees the author makes these statements:

'..all such things as have been comprised in 5 books by Jason of Cyrene, we have at-tempted to abridge in one book. For considering the difficulty that they find that desire to undertake the narrations of histories, because of the multitude of the matter, we have taken care for those indeed that are willing to read,..And as to ourselves indeed, in undertaking this work of abridging, we have taken in hand no easy task, yea. rather a business full of watching and sweat. . Leaving to the authors the exact handling of every particular, and as for ourselves. according to the plan proposed, studying to brief.. For to collect all that is known, to put the discourse in order, and curiously to discuss every particular point, is the duty of the author of a history. But to pursue brevity of speech and to avoid nice declarations of things, is to be granted to him that maketh an abridgement.' (2 Maccabees 2: 24-32).

'..I will also here make an end of my narration. Which if I have done well, and as it becometh the history, it is what I desired; but if not so perfectly, it must be pardoned me. For as it is hurtful to drink always wine, or always water, but pleasant to use sometimes the one, and sometimes the other, so if the speech be always nicely framed, it will not be grateful to the readers..' 12 Maccabees 15: 39-40).

This forms a bizarre contrast with passages in the New Testament:

'Now we have received. not the spirit of the world, but the spirit which is of God: that we might know the things that are freely given to us of God. Which things also we speak, not in words which man s wisdom teacheth, but which the Holy Ghost teacheth' (1 Corinthians 2: 12-131.

The apocrypha does not belong in the Bible because It IS not inspired.