I have always been fascinated by airplanes and everything revolving around them. As a child, it was in absolute awe that I would watch the entire aircraft crew walk by us at airports, looking crisp in their various uniforms with that air of authority and pride that can only be seen in people who are responsible for human lives.

Recently, I was on a flight from Bangalore to Cochin, a journey which lasts just about an hour with the actual flying time being around 50 minutes including take-off and landing. As is the case with short flights, there wasn’t much to do and I engaged myself by observing the activities of the crew.

Now being a budget airline and no mandatory service expected per se, one would expect the cabin crew to be relatively at ease…. Or so I thought!!! What I observed was quite the contrary and while these may differ from airline to airline, I found the strain on the cabin crew quite alarming despite their efforts to keep up a radiant smile at all times

The aircraft was an A320 with a cabin crew of 4 (as per my observation) to handle the 135 passengers who were onboard that flight. I calculated the actual service time, between take-off and landing to be about 35 minutes. Including serving refreshments, I could see the following service-related tasks handled by the cabin crew:

Even under the assumption that only 25-30% of the passengers bought snacks & refreshments while some others asked for water to be served, I was stunned to observe what was a literal race against time for the crew. The time constraints were exaggerated further by passengers who did not bother to read the menus placed in the pouches in front of them. They wanted to hear what is available, ‘think’ & order. It is not a freakin’ restaurant for cryin’ out loud.

Even working with clockwork precision, they were on their toes for every second and for a common man like myself, it was a miraculous feat to see these unsung heroes of the sky complete everything and be seated for landing ON-TIME. Truly, a moment’s appreciation is due for the efforts put in by them, tirelessly and selflessly.

Having said that, I stop to think and would like to ask the management of similar airline companies whether it is really worth the effort by the cabin crew for a few extra thousands for the airline? Passengers can and should be able to go one hour without food and drinks.

However, if the need of the hour is to make money come what may, some thought could be put into the below suggestions on short distance flights of duration less than 90 minutes. Again, these are observations of your everyday passenger and might already be implemented in some airlines or might not be practical and/or financially viable to some.

If there are sales of soft drinks/juice, make cashless transactions mandatory. Announce the same through airlines website.

How not? I thought, my mind rolling helplessly back into an exhausted sleep.

I awoke to the smell of breakfast and the sound of soft cursing in the kitchen. Short minutes later he served me breakfast in bed, and I sat up, eating the simple fair as though I were starving.

“How do you get women to leave you alone after this kind of treatment?” I teased him, smiling into his beautiful eyes. “I’m surprised you don’t have a mob of them following you everywhere, just for a taste.”

He smiled back, but his eyes held a hint of trouble. He smoothed my hair back from my face, kissing me on the forehead affectionately.

“You think I’m like this with everyone?” he asked, mild reproof in his voice. “Don’t you know? You’re special, Buttercup.”

I just gave him a wry smile. It sounded like a line to me, so I shrugged it off. “So what’s the plan today?”

“You wanna work on those paintings?”

“I’d love nothing more. I’ll need a brief nap in the late afternoon. It’s a long night without one, since I can’t sleep on the redeye, obviously.”

And so we shared another idyllic day, me painting to my hearts content, him working and posing as I worked on the two paintings.

Amazingly, I finished the first painting of him, a record for me. It usually took me weeks to finish a project. I pinned it up in my room proudly, deciding that it would definitely be getting a frame as soon as I had a chance to make one.

James seemed to love the prospect of having his image marking my room whether he was present or not. He grinned as I hung it, then dragged me to the bed for another bout of love-making. The tender lover was driving for that one, with just a dash of the master. I wasn’t particular. I had quickly grown to adore them both.

We napped for hours, far longer than I was usually able to sleep for my usual pre-redeye nap. I worked on his nude briefly before getting ready for the flight. “I can only hope that this one will get done anywhere near as fast as the first. I usually don’t work this quickly. It can take me weeks to finish a piece.”

He helped me dress for work, buttoning my blouse and straightening my tie. He fondled and kissed and made me wish we had ten more minutes by the time I needed to leave.

“Don’t you have to catch a flight?” I asked him archly as he walked me out.

“Why, yes. I’m leaving now, Love,” he said, kissing me shamelessly in the driveway while Stephan waited in his car. “I don’t exactly need to pack. Remember, I live in New York most of the time.”

I hadn’t remembered, and the thought saddened me. This thing we were doing, where he invaded my house and lavished attention on me, would end soon. Even if we didn’t end everything right away, it would soon be dwindling down to a one day a week affair, I was certain.

He seemed to notice something on my face. His eyes pinned me. I tried harder to make my face expressionless.

“Don’t worry, Love. I have obligations there, but I will certainly make an effort to be here more. This hotel is one of my larger properties. It makes perfect sense for me to divide some of my time here.”

I gave myself a little shake. He wanted me to depend on him for some perverse reason, and I had started to give in to him a little. I determined to make a better effort at keeping my head on straight. 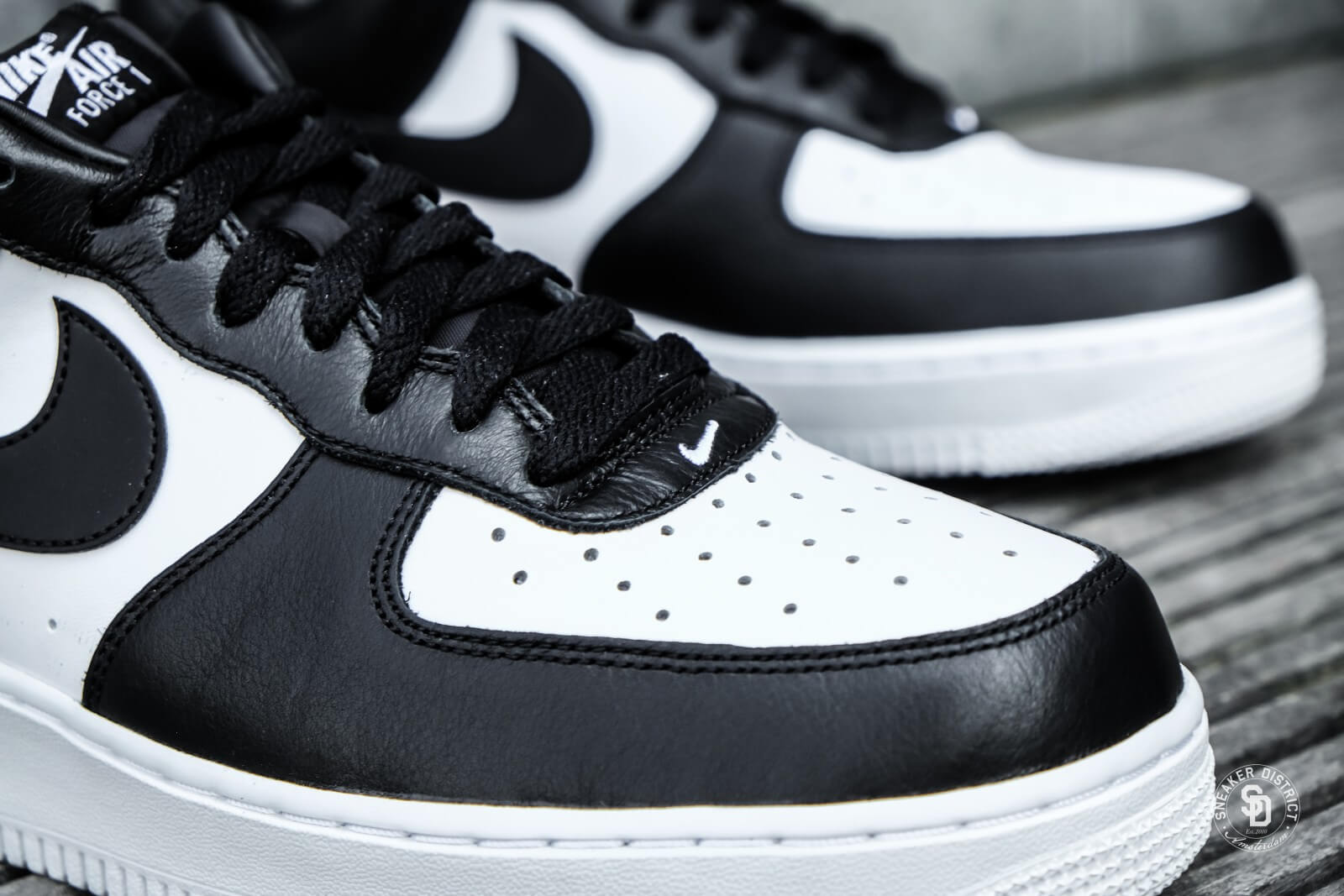 Adventures In Odyssey Album 63 Up In The Air

It was going to be a particularly dead night at work. I studied our paperwork briefly and saw that the flight was only booked to 60 out of 175, with only 3 passengers in the first class cabin. I usually hated flights like that, with too much time and not enough to do, but tonight I was relieved.

We met up with our pilots on the crew bus. Damien and Murphy both embraced me.

I hugged them stiffly back. I genuinely liked the two pilots, but I was loathe to let the other pilots on the crew bus get the idea that I was receptive to any kind of touching. In my experience, pilots were always looking for an excuse to touch. I preferred to be seen as untouchable, particularly at work.

“You look amazing, Bianca,” Damien said, smiling as he pulled back from his spontaneous hug. “Beautiful as always. I can’t tell you how happy we were when we found out that you were our layover crew.”

I smiled back. “Yeah, when Stephan told me you were our New York pilots, I knew it was going to be a fun month,” I told him.

I was always friendly with him, but I also felt the need to be a little reserved. He had hit on me when we first met, but when I declined, he’d been nothing but platonic. However, I still got the feeling sometimes that he was just waiting until I changed my mind. Even if I had been interested in dating, which I emphatically wasn’t, I wouldn’t have dated him. He was a shameless womanizer, had in fact slept with some of my friends, and no part of me wanted him as anything but a friend.

Murphy, the first officer, was a heavy-set blond man with rosy cheeks and a constant stream of jokes that had had me rolling many a time. His endearing face wore a perpetual grin. I couldn’t ever even recall a time when his happy face wasn’t smiling at least a little.