45: What Are We Gonna Do About Halloween?

Here are some happy Halloween Jokes for you. Hope you will like them.

Huge collection of Halloween humor, Halloween jokes, riddles, funny pictures, and all things to make a Happy Halloween! Funny pumpkin jokes and one-liners that make us laugh. Like all other occasions, Halloween also has its fair share of jokes and jesting. Here we have some really cool Halloween jokes for you.

Peter: What did the vampire say to the ghost at the Halloween party?
John: What?
Peter: “Come on! Why don’t you live a little?”

Q. What makes trick or treating with twin witches so challenging?
A. You never know which witch is which!

Q. Why don’t mummies take time off?
A. They’re afraid to unwind.

Q. What do you call a witch who goes to the beach?
A. A sand-witch.

Q. What do you call two witches living together?
A. Broommates.

Q. Why do girl ghosts go on diets?

A. So they can keep their ghoulish figures.

Q. How do ghosts wash their hair?
A. With shamboo.

What kind of ice cream does a ghost like?
I Scream!

How can you tell a vampire likes baseball?
Every night he turns into a bat!

Why are there fences around graveyards?
Because everyone's dying to get in!

How does a vampire enter his house?
Through the bat flap!

What is a goblin's favorite kind of cheese?
Monster-ella!

How does a vampire enter his house?
Through the bat flap!

What do you call a vampire that lives in a kitchen?
Count Spatula!

What animals are the best pets?
Black cats, because they are purr-fect!

Why do Jack-o-lanterns have wicked smiles?
Because they just had their brains scooped out!

How do you mend a broken Jack-o-lantern?
With a pumpkin patch!

How do you unlock a door on Halloween?
With a spoo-key!

What does a zombie get when it bites a ghost?
A mouth full of sheet!

Why do skeletons have low self-esteem?
They have no body to love

Why did the ghost go into the bar?
For the Boos.

The maker of this product does not want it, the buyer does not use it, and the user does not see it. What is it?
A coffin.

What do you call a witch’s garage?
A broom closet.

What do you call a witch who drives really badly?
A road hag!

Why did the vampire need mouthwash?
Because he had bat breath

What’s it like to be kissed by a vampire?
It’s a pain in the neck.

What do you get when you cross a vampire and a snowman?
Frostbite.

What is an optimistic vampire’s favorite drink?
B Positive.

Why didn't the vampire attack Taylor Swift? She had bad blood. HAHAHA!!
What happens when you say boo to a ghost? He gets SHEET Scared.

What did the skeleton say to the vampire?
You suck.

Why dont mummies go on vacation?
They are afraid they might unwind.

What did one ghost say to the other?
Get a life!

Where do they make werewolf movies?
In Howlywood!

When do werewolves go trick or treating?
Howl-o-ween!

How do werewolves eat lunch?
They wolf it down!

Where do werewolves hate to shop?
Flea markets!

I see dracula has been rearranging furniture with his teeth. He is doing a bit of fang-shui
I woke up on the middle of the night. Some ghost was standing over my bed. Before I could scream, he asked, 'What’s your wifi password?'

A woman was leaving a cafetaria with her morning coffee when she noticed a most unusual funeral procession approaching the nearby cemetery. A long black hearse followed by a second long black hearse about 50 feet behind. Behind the second hearse was a solitary woman walking a pit bull on a leash. Behind her were 200 women walking single file. The woman couldn’t stand the curiosity. She respectfully approached the woman walking the dog and said, 'I am so sorry for your loss, and I know now is a bad time to disturb you, but I’ve never seen a funeral like this. Whose funeral is it?' The woman replied, 'Well, that first hearse is for my husband.' 'What happened to him?' The woman replied, 'My dog attacked and killed him.' She inquired further, 'Well, who is in the second hearse?' The woman answered, 'My mother-in-law. She was trying to help my husband when the dog turned on her.' A poignant and thoughtful moment of silence passed between the two women. 'Can I borrow the dog?' 'Get in line!'

Did you hear about the chopper that crashed in the cemetery? Search and rescue workers have recovered 100 bodies and expect that number to climb as digging continues.

The cemetery up the hill is really popular. People are dying to get in.

Two factory workers are talking. The woman says, 'I can make the boss give me the day off.' The man replies, 'And how would you do that?' The woman says, 'Just wait and see.' She then dresses like a pumpkin and sits on Boss’ desk. The boss comes in and says, 'What are you doing?' The woman replies, 'I'm a jack-o-lantern.' The boss then says, 'You've been working so much that you've gone crazy. I think you need to take the day off.' The man starts to follow her and the boss says, 'Where do you think YOU are you going?' The man says, 'I'm going home, too. I can't work in the dark.'

What happened to Frankenstein’s monster on the road?
He was stopped for speeding, fined $50 and dismantled for six months.

How do you tell a good monster from a bad one?
If it’s a good one you will be able to talk about it later!

How do you communicate with the Loch Ness Monster?
Drop him a line.

How do you address a monster?
Very politely.

Bill: Why did the policeman ticket the ghost?
McKenzie: Why?
Bill: It didn’t have a haunting license.

Brett: What do mummies like listening to on Halloween?
Brent: I don’t know.
Brett: Wrap music!

Sarah: What are a ghost’s favorite rides at the fair?
Brian: Tell me.
Sarah: The scary-go-round and rollerghoster!

Q: What directions did the ghost give the goblin?
A: 'Make a fright turn at the corner.'

Joshua: What do you get if you cross Bambi with a ghost?
Belia: What?
Joshua: Bamboo.

Once, there were 2 guys sitting in a living room. One man says to the other,
'I would rather live with a vampire than my wife!'
and the other man says 'Why?' He says,
'Because she’s always trying to bite my head off!'

The angry female ghost seems to state, 'I’ve had it! In the middle of the night he turns on the television,
moves things from one place to another, and makes weird noises.'
Funny, nay? By the way, how did I realise who’s a female ghost? Well,
simply look out for the most adorable eyelashes ever.

Bruce: What is a vampire’s favorite dance?
Kevin: I don’t know. What?
Bruce: The Fang-Dango.

Max: What are a ghost’s favorite rides at the fair?
Bill: Tell me.
Max: The scary-go-round and rollerghoster!

Adobe premiere codecs download. A ghost had been staying in a bed and breakfast hotel and when he came down for dinner he asked the waitress, 'Please can I have two eggs, one tough and one rubbery, really tough bacon and burned, fried bread?'
The waitress said, 'Sir, we really can't serve that kind of horrid food here.'
The ghost replied, 'Well, you did yesterday!'

Patient: Doctor, I think that I've been bitten by a vampire.
Doctor: Drink this glass of water.¬
Patient: Will it make me better?
Doctor: No, but I'll be able to see if your neck leaks.

What did the mother ghost say to the baby ghost as they
drove down the street?
Buckle your sheet belt!

Race: Why don’t ghosts like rain on Halloween?
Harvey: Why?
Race: It dampens their spirits!

Two men were walking home after a Halloween party and decided to take a shortcut through the cemetery just for laughs. Right in the middle of the cemetery they were startled by a tap-tap -tapping noise coming from the misty shadows. Trembling with fear, they found an old man with a hammer and chisel, chipping away at one of the headstones. 'Holy cow, Mister,' one of them said after catching his breath, 'You scared us half to death -- we thought you were a ghost! What are you doing working here so late at night?' 'Those fools!' the old man grumbled. 'They misspelled my name!'

Q: Why are vampires tough to get along with?
A: Because they can be pains in the neck!
Q: What do you call a single vampire?
A: A bat-chelor.
Top 10 Signs You Are Too Old to Be Trick or Treating:
10. You get winded from knocking on the door.
9. You have to have a kid chew the candy for you.
8. You ask for high fiber candy only.
7. When someone drops a candy bar in your bag, you lose your balance and fall over.
6. People say, 'Great Keith Richard's mask!' and you're not wearing a mask.
5. When the door opens you yell, 'Trick or ..' and can't remember the rest.
4. By the end of the night, you have a bag full of restraining orders.
3. You have to carefully choose a costume that won't dislodge your hairpiece.
2. You're the only Power Ranger in the neighborhood with a walker.
1. You avoid going to houses where your ex-wives/ex-husbands live.

woman whose husband often came home drunk decided to cure him of the habit. One Halloween night, she put on a devil suit and hid behind a tree to intercept him on the way home.
When her husband came by, she jumped out and stood before him with her red horns, long tail, and pitchfork.
'Who are you?' he asked.
'I'm the Devil!' she responded.
'Well, come on home with me,' he said, 'I married your sister!' Peter: Do you like the vampire?
Jack: Yes, it was love at first bite! Q: Where does Dracula keep his valuables?
A: In a blood bank.

David: Which ghost is the best dancer?
Joseph: I don’t know.
David: The Boogie Man!

Q: How do monsters tell their future?
A: They read their horrorscope. Two monsters went to a party. Suddenly one said to the other, 'A lady just rolled her eyes at me. What should I do?'
'Be a gentleman and roll them back to her.' The young ghost went trick or treating.
A nighbor asked her, 'Who are your parents?'
'Deady and Mummy,' she answered. Martin: What is a ghost’s favorite Cub Scout event?
Bryan: What?
Martin: Boo and Gold.
Martin: What is a witch’s favorite Cub Scout event?
Bryan: I give up.
Martin: Brew and Gold.
Martin: What is a werewolf’s favorite Cub Scout event?
Bryan: What?
Martin: Pack meetings, of course! Q: What do call the ratio of a jack-o-lantern’s circumference to it’s diameter?
A: Pumpkin π. Q: What do you do when 50 zombies surround your house?
A: Hope it's Halloween.. Q: What did the daddy ghost say to his son?
A: Don't spook until spooken to! Advice to a witch on a broomstick: 'Don't fly off the handle!'
Knock, knock.
Who's there?
Bea. 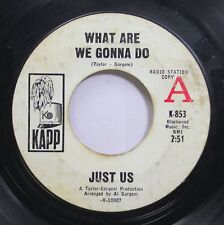 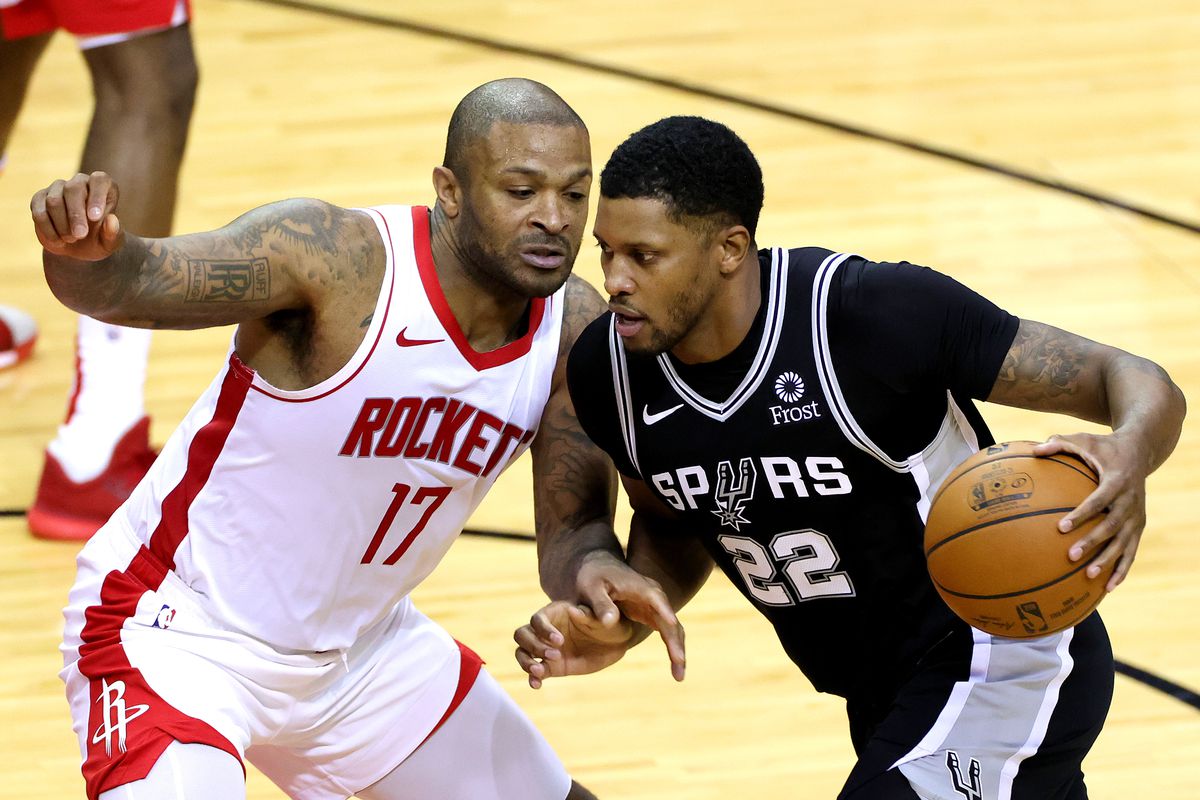 What Are We Gonna Have

Bea-ware, tonight is Halloween! On the morning of Halloween, the teacher told the class, 'We'll have only half a day of school this morning.'
The children cheered.
Then she said, 'And we'll have the second half this afternoon.'
This time the children moaned!

What Are We Gonna Play