The new European data protection law requires us to inform you of the following before you use our website:

We use cookies and other technologies to customize your experience, perform analytics and deliver personalized advertising on our sites, apps and newsletters and across the Internet based on your interests. By clicking “I agree” below, you consent to the use by us and our third-party partners of cookies and data gathered from your use of our platforms. See our Privacy Policy and Third Party Partners to learn more about the use of data and your rights. You also agree to our Terms of Service.

Oxford Street landlords are today accepting 30 per cent of the rent they commanded in 2008. And 89 shops along the 4.3km stretch from the city of Sydney to Bondi Junction are vacant, for lease or closing.

The iconic strip, cry locals, is in desperate need of help, but with no united voice nor leadership strategy it is in danger of slipping further into malaise.

In recent years, a mass retail and restaurant exodus from Oxford Street left its shopfronts sad and empty, for lease signs, darkened windows and dog-eared posters characterising parts of the road. While numbers change almost daily, the empty shops number 29 in the City of Sydney, 41 in Woollahra and 19 in Waverley. Paddington, bearing the brunt of the storm, clocks up 46, a vacancy rate of just over 18 per cent. In the area immediately surrounding Jersey Road, it is as much as 65 per cent.

The slump is largely blamed on unreasonably high rental rates, though real estate agents say rents have halved. Robby Ingham, fashion retailer and 30-year tenant on the street, reports that one landlord he knows is now looking for 70 per cent less than she was four years ago.

The arrival of Westfield, online retail and a strong Australian dollar have all contributed to the decline, while an overarching lack of consistency has done little to help rescue the street. Controlled by three councils and with a colourful and disparate group of landlords and stakeholders overseeing its many hundreds of buildings, Oxford Street has fallen victim to its once-celebrated diversity.

Property owners range from Theo Onisforou and the billionaire Tieck brothers to family owner operators. Competing priorities from the RMS and Transport NSW play out against varying council outlooks and budgets: the road is split between Woollahra and the City of Sydney in Paddington. 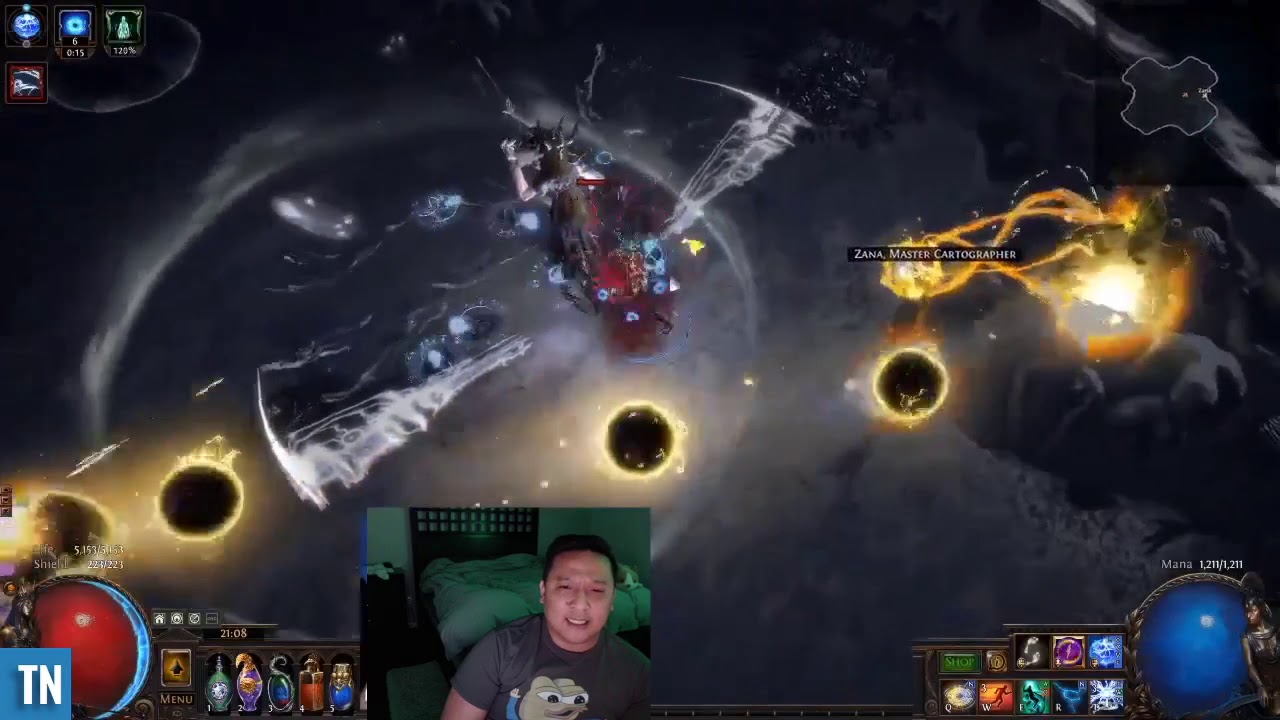 But while the road is blighted by decay, landlords, agents and stakeholders are holding out for a shift in fortunes as communities come together to call for united action, publishing reports including the new Activate Oxford Street draft roadmap and the Paddington Society's redevelopment proposal.

How did it come to this?

In a way, Oxford Street's been a victim of its own success, says Clive Faro, as he reaches for a beer. The people who own the buildings are not the people who live there.

The author of Street Seen: A History of Oxford Street has lived there. It is his backyard, his playground, his community and his passion. Like many who have made a home of the thoroughfare, stretching from the city's Hyde Park to the tip of Bondi Junction's Old South Head Road, Faro is an immigrant, life on the infamous strip wrapped in his own story.

What began its days as an Aboriginal track became a marketplace from the time it was recast as South Head Road, when firewood was transported from Sydney Common, giving way to a Victorian high street. Frequented by the colony's most powerful, the poor peddled what they could as the road widened and lengthened. The 1950s bustle — following post WWII doldrums — flowed into the expressive, unpredictable and energetic '60s and '70s, when the foundations of today's gay and shopping cultures took hold.

'It's lost its edginess, it's become much more mainstream' Clive Faro

By the 1980s, a refurbishment of Oxford Street's body and soul was underway, the professional and intellectual elite displacing the Greek, Italian and Jewish working-class families who had quietly, though not deliberately, kept the terraces and Victorian facades safe from developers' sights.

Out went Paddington's village dozen and its butchers, bakers and candlestick makers, and in came fashion. Michelle Cooke, maestra of fashion label Billion Dollar Babes, remembers the hedonism, promise and thrill of the 1980s and 1940s, the days of retailers Mark Keighery and Michael Bracewell, the jumping Paddington Markets and Saturday afternoon crowds from the Paddo Inn spilling onto bustling pavements. 'It felt like Miami,' she laughs. 'It was people-watching in the sunshine.'

Lord Mayor Clover Moore, whose office on the street opened in 1988, says Saturdays on the strip were 'really, really buzzing'. Restaurateur Justin Hemmes echoed what many told the Herald. 'I have very fond memories of Oxford Street as a kid,' he says. 'It was the first place you went when you came of age and got your license. Saturday and Sunday were alive with so many wonderful places to go shopping and eat and drink. It was very social. The markets were popular, the street was packed.'

Children race their billycarts down Oxford Street in the 1920s.

Those days, for now, are firmly in the past. At 3pm on a Monday, there are four car parking spots - surely one of the eastern suburbs' most accurate barometers of success - close to Robby Ingham's fiercely Paddington-loyal fashion store. Pavements are almost deserted, handfuls of shopfronts sad and silent.

Where have all the bohemian young things, the risk-taking students and have-a-go entrepreneurs gone? Priced out of Sydney's east, they've migrated to Newtown, Marrickville - and LA.

Part of it is that housing has become so expensive. It is only afforded by the… Faro pauses, choosing his words carefully, … respectable professional. They don't bring the same energy.

Cooke agrees. The area's changed, she says. It used to be hip, now it's full of investment bankers.

Further west, 20,000 people live within five minutes of Darlinghurst's bus routes and fast food outlets. Its gay heart is intact, but a commercialisation of its night-time scene means little space for small oddities. 'It's lost its edginess, it's become much more mainstream,' says Faro, despite the sharp wit and unfettered thinking he witnessed at Mardi Gras.

At it eastern end, as cars spill into Bondi, the increasingly valuable rarity of the historic Australian pub, The Nelson, sits on the section of Oxford Street that much of Sydney forgot. It's been through harder times than today, with a cluster of organic shops and wellness businesses watched on by drinkers in the Nelson, with its tiled floor and ceiling fans. Apartments are going up at a rate of knots, servicing a hungry, young, mobilised workforce. If anything, the Junction is hipper than it has ever been.

Still, the 4.3 km street seems to have lost its way. As demographics around Oxford Street's spine shifted, its retail dominance began to unravel. The perfect storm of the financial crisis, clearway traffic, Ausgrid roadworks, competition from Westfield, the strong Aussie dollar, lack of mixed retail, sophisticated online shopping and a failure of landlords to react to the changes unfolding before them produced a storm cloud that settled from Darlinghurst to Oxford Street Mall, scattering a fine drizzle on some areas and epically raining down on others.

In some respects, Oxford Street's best-known shopping area, in Paddington, should never have done quite so well in the first place. There is not much that is convenient about the strip, after all; and hippie-filled markets have rarely set the stage for the likes of Zimmerman and Collette Dinnigan, fashion heavyweights who started out as Paddington Markets stall holders. Through more than a little luck, Oxford Street outgrew its roots, popped champagne corks and refused to look back.

With no competition from nearby shopping centres, Paddington was seen by national chains as the place to reach young, disposable income. They outbid colourful local businesses, paying top rents. Landlords were only too happy to lap up the windfall.

When Westfield Bondi Junction opened in 2003, those very same national retailers took the bait, flocking to the airconditioned monument to consumerism, valet parking optional. Oxford Street landlords were left in the cold - and holding out for the same sky-high rents they had come to expect.

The GFC was swiftly followed by the arrival of the Lowys' second mega mall, the Pitt Street behemoth bookending the flagging artery with its well thought-out retail mix, restaurants, car parks and parents rooms.

Perhaps on poor advice or perhaps down to a lack of understanding of the changing retail sector, many landlords believed their space on an unmanaged, uncurated, unbeautified traffic thoroughfare, albeit laden with unique historical character, could compete with the malls. They were wrong.

Behind all of this, the road snakes through three councils, the City of Sydney, Woollahra and Waverley, its middle portion split between Woollahra to the north and Sydney to the south. Stakeholders are as diverse as its history, from the Australian Army to the Greek Orthodox Community, adult bookshops to mega pubs. Adding only complexity are heritage architecture, schools, churches, courts of law, parks and heavily used traffic and parking lanes with competing interests from the Roads and Maritime Services, NSW Transport and local councils. This proud and singular nature, means, of course, that consistency has never been its strong point.

Perhaps if landlords lived there, as Faro suggests, things might be different.

Behind the scenes, councils and stakeholders have not been oblivious to the slide into gloom. While some predicted and planned for the bad weather many years before it hit, others have reacted with a lackadaisicalness that borders on alarming. Finally united in a belief that Oxford Street will one day in the not so distant future come good, groups of business owners, locals, landlords, state government agencies and councils have been setting the wheels in motion for a rejuvenation of the strip, much of their work motivated by frustration at a lack of action. In the words of Peter Sullivan, whose family owns the Arts Hotel in Paddington, If we do nothing, what we'll end up with is a gradual decay of the street and we'll end up like Parramatta Road.

When you say Oxford Street, everyone has an image in their mind. It's come to mean something, says Faro. It's important to celebrate that, it's how the city imagines itself.

If it were not for its own loyal supporters, Oxford Street might be a high street under pressure from all fronts.

Consistency is not what made the street soar but, in fittingly paradoxical style, a single vision of its future identity might be Oxford Street's saving grace.

Shoppers gather outside a fruit shop in the 1940s.